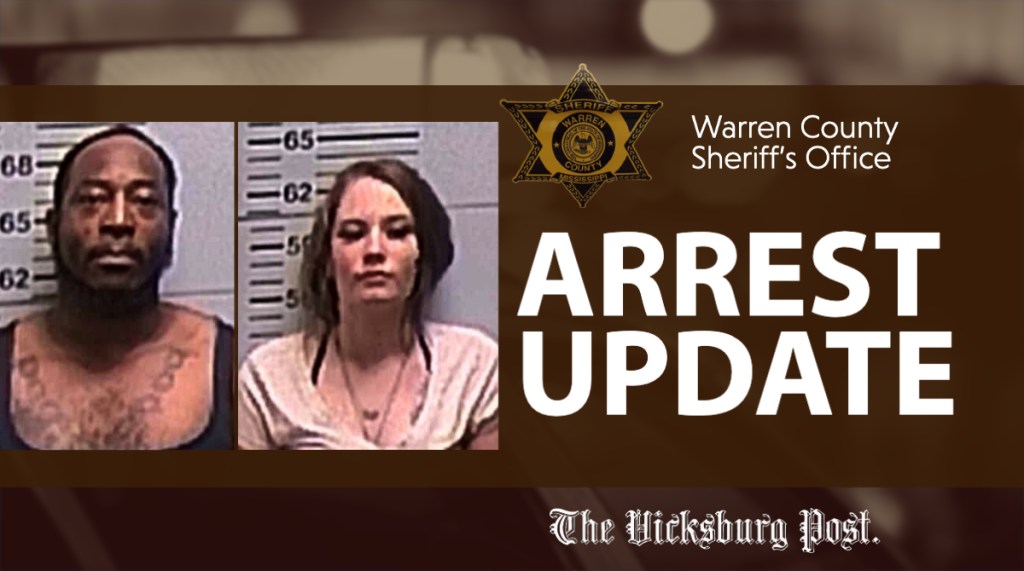 The Warren County Sheriff’s Office and the Vicksburg Police Department executed a joint operation to serve an arrest warrant for Monrell Bernard, 42 of Warren County.

The operation was led by VPD Chief Penny Jones and Sheriff Martin Pace at approximately 6 a.m. on May 27.

Bernard had a warrant out for his arrest for the sale of methamphetamine, which originated from the Sheriff’s Office. He ran on foot as officers approached his home at 62 Margueritte Drive.

With the help of a Sheriff’s Office K9 unit, Bernard was apprehended a short distance behind the residence.

Officers recovered a small amount of methamphetamine as well as a 12-gauge shotgun and a 9 mm handgun. Bernard has been charged with the sale of methamphetamine, two counts of being a convicted felon in possession of a firearm and has had a detainer placed on him for drug court violation.

While Bernard was the primary target, three other individuals were apprehended. Kaylee Jackson, 19 of Warren County, was charged with possession of methamphetamine and has also had a detainer placed on her for violating drug court probation. Two more individuals were arrested on misdemeanor charges: one for possession of paraphernalia and the other for an outstanding warrant for a misdemeanor.

Sheriff Pace commented on the operation and the collaboration between the sheriff’s office and VPD.

“This was another example of the Vicksburg Police and Warren County Sheriff’s Office working closely together on criminal cases,” he said. “In this particular case, we feel like that we removed somebody off the streets that has been selling and providing meth to citizens, both in the city of Vicksburg as well as in the county.”