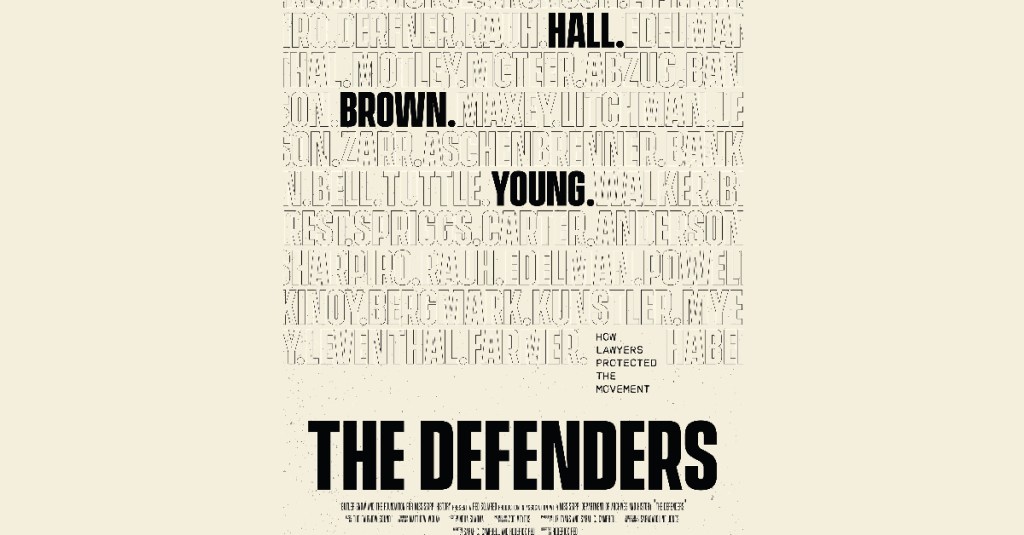 A free screening of the new documentary “The Defenders: How Lawyers Protected the Movement” is scheduled for Saturday at the Strand Theatre.

The film focuses on the story of three Black lawyers in the State of Mississippi (of which there were only four at the time) that took on civil rights cases in the state during the 1950s: R. Jess Brown, Carsie Hall and Jack H. Young. A former professor at Alcorn State University, Brown practiced law in Vicksburg for a number of years.

During that time, he represented a group of people arrested for participating in a local voting rights demonstration in 1965.

The documentary is a joint production of the Mississippi Department of Archives and History (MDAH), the Foundation for Mississippi History (FMH) and Jackson-based media company Red Squared.

One of the producers of the film is Sarah Campbell, Director of Programs and Publications for MDAH, who grew up in neighboring Claiborne County. Campbell said that two of the driving forces behind the making of the movie are former Mississippi Supreme Court Justices Ruben Anderson and Fred Banks, who now sit on the board of the FMH. The FMH was responsible for raising funds for the production.

“We opened the Two Mississippi Museums about five years ago now. (Anderson and Banks) wanted the story of lawyers and the role of lawyers in the Civil Rights Movement given a more in-depth treatment in order to tell the story,” Campbell said. “We decided that documentary would be a good format … to reach younger people; people who didn’t live through the 50s and 60s.”

Campbell said that MDAH took the lead on writing and research for the project. The archives at the department were used to find primary source material including documentary material and scholarly work.

“Then (we looked) at the footage, primarily footage from the WLBT news film collection that we have here in the archives,” she said. “So we did the research, we wrote the draft of the film, participated in all the interviews. The product of all of that is a dynamic story of these courageous people who took on the status quo and changed Mississippi and changed the nation.”

After the screening, a discussion and question-and-answer session will be held with Campbell and the director of the film, Roderick Red.

Daniel Boone, who is in charge of film programming at the Strand, said he felt compelled to show the documentary because of the theater’s mission as a non-profit.

“It was a fraught proposition, if you were African American, to register to vote,” he added. “It wasn’t the formality that it is now, that it should be. It was something that required courage and determination. People who attempted to register to vote were often punished and often arrested.”

Boone also mentioned that the film focuses on aspects of the civil rights movement that are not known by many, including those that lived through it.

“Even though these things were happening clearly, right here, you didn’t always know what was happening,” he said. “It wasn’t reported very well, or in much detail.”

He added, “Anything we can do about this place that we live in, to get to know it better, is part of our mission.”

The trailer for the film can be seen here: The Defenders: How Lawyers Protected the Movement CC

The film will be free to attend on Saturday, June 11, at 7 p.m. at the Strand Theatre located at 717 Clay St. in Vicksburg.