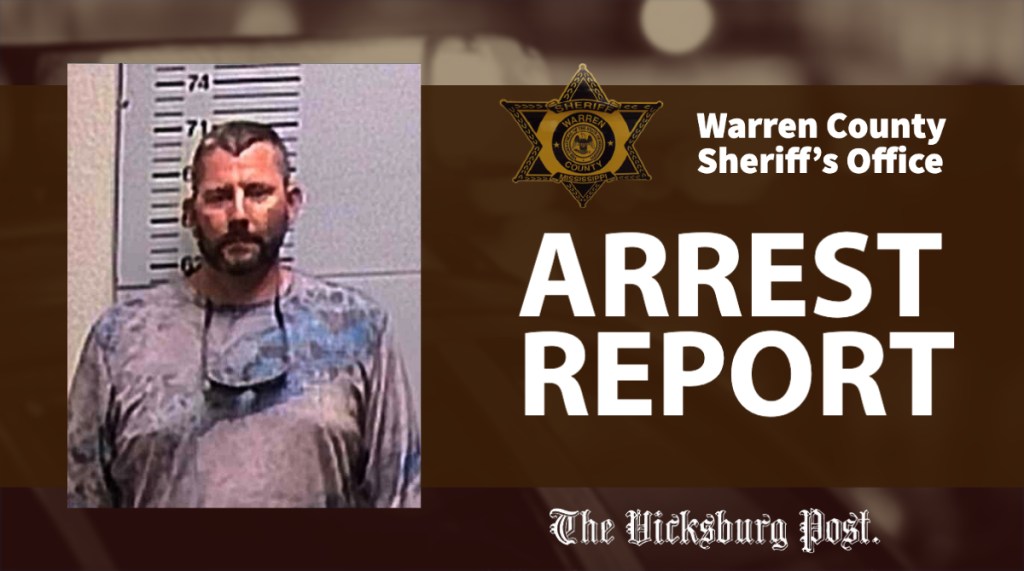 Timothy Bordelon, 41 of Warren County, has been arrested on felony charges of aggravated assault.

The charges come after a Facebook post, published by alleged victim Cameron Evans, went viral. Evans said in his social media post, which included video footage of the assault recorded by a home surveillance system, that he was protecting his 11-year-old daughter when she was attacked by an individual related to Bordelon.

Bordelon then drove to Evans’ property accompanied by a man he identified as former Warren County E911 Director Shane Garrard.

Evans claimed he had suffered a double concussion, busted eardrum and could not see out of one eye. The post also included photos of his injuries.

The information gathered was turned over to the Mississippi District Attorney’s office yesterday. After reviewing the investigative file, the DA’s office authorized a charge of aggravated assault on Bordelon. He turned himself in with his attorney at about 9:45 a.m. on Friday, June 10.

He has since had an initial appearance in front of Judge James Jefferson. Bail was set at $5,000, returnable to the August term of the grand jury.

Citing the fact that this is an ongoing investigation, Sheriff Martin Pace said he would not speculate on whether any other person or persons would be charged. Upon the completion of the investigation, the findings will be turned over to the state District Attorney’s Office.