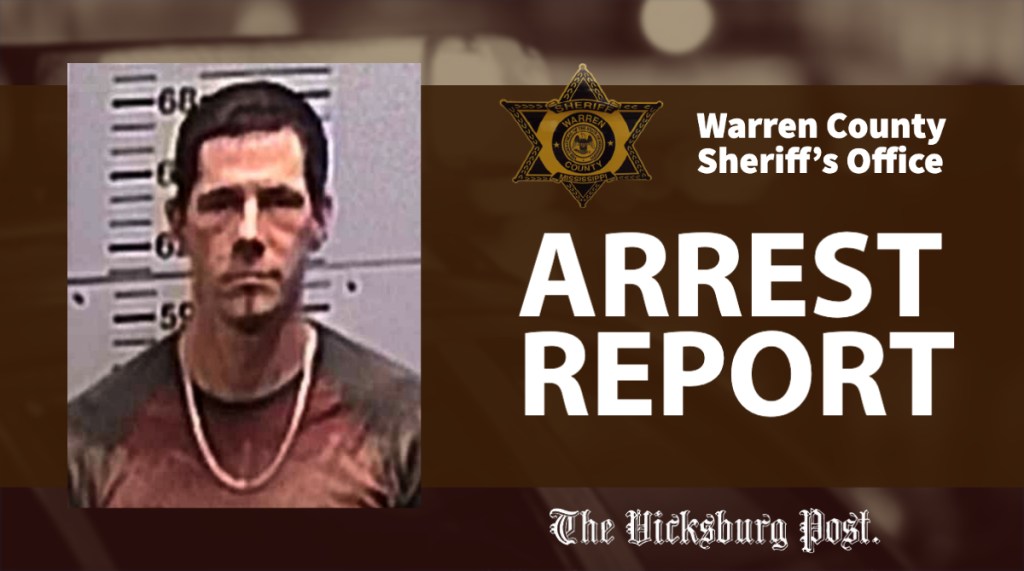 The Warren County Sheriff’s Office released information about an arrest for a parole violation on Monday.

At about 6 p.m. that evening, Charles Dudley White, 40 of Warren County, was arrested after being found hiding under his house.

A detective recognized White as a wanted individual when he was spotted near the home. The detective called for backup and the house was surrounded by multiple law enforcement units. White was then apprehended.

The warrant for White’s arrest goes back to December 2020 from the Mississippi Department of Corrections on a drug charge.

White is being charged with parole violation, as well as a residential burglary from August 2021.

He is currently in the Warren County Jail without the possibility of bail due to the detainer placed on him by MDOC. He is scheduled to have his first court appearance on June 28.