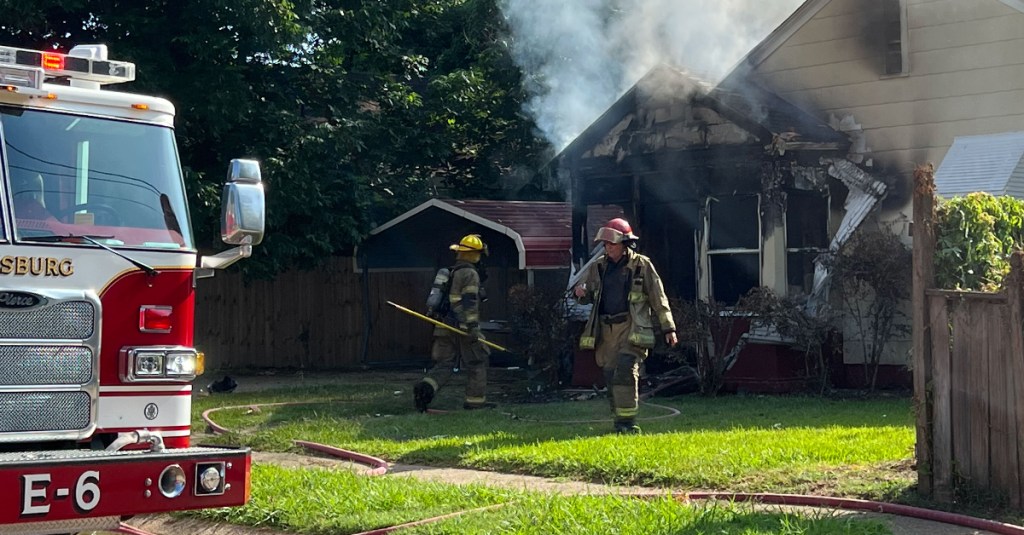 A home in the 2600 block of Oak Street caught fire Friday evening. The Vicksburg Fire Department responded to the scene. (Photo by Anna Guizerix | The Vicksburg Post)

The Vicksburg Fire Department has released information about a residential fire that occurred today in the 2600 block of Oak Street.

Multiple VFD units responded to the scene after a 911 call was made reporting the fire at 5:05 p.m. Smoke and flames were showing from the structure upon arrival. The fire was contained and no injuries were reported, but the structure sustained significant damage, according to Fire Chief Craig Danczyk.

Danczyk added that the summer temperatures made interior firefighting more difficult for firefighters.