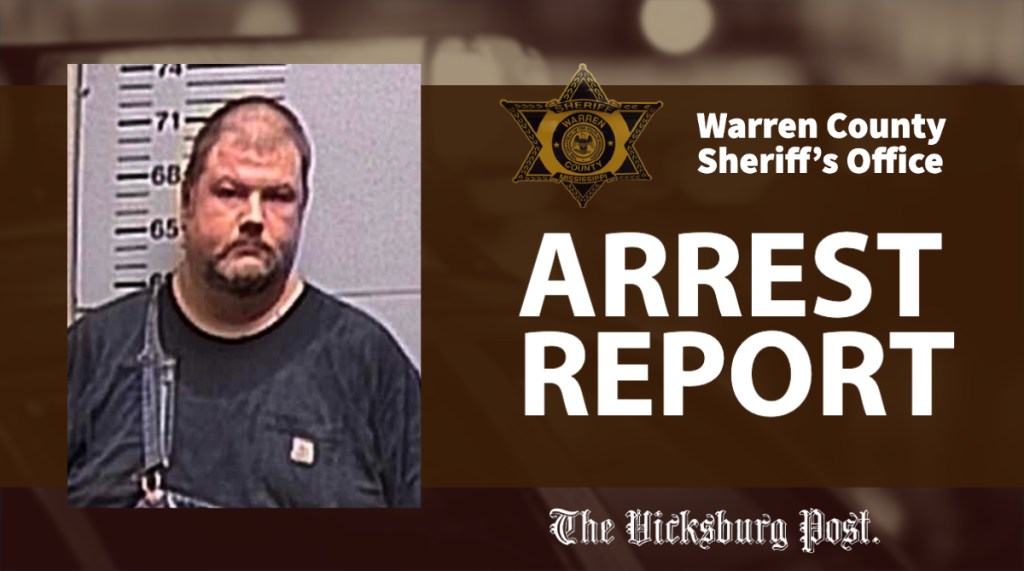 Herman “Buddy” Turner, 44 of Bentonia, turned himself in at the sheriff’s office after warrants were issued for two separate vehicle chases.

On May 27, Vicksburg Police Department units attempted to stop a pickup truck on Halls Ferry Road. The vehicle failed to yield to the lights on the marked VPD vehicle. The pursuit left the city limits into the county on U.S. 80, where sheriff’s deputies joined in the pursuit. The pursuit went into and through southwest Hinds County.

Law enforcement was able to identify the suspect and record the tag numbers of the pursued vehicle. By this time, the vehicle was traveling at a very high rate of speed on Old Port Gibson Road, at which point Sheriff Pace directed deputies to discontinue the pursuit for safety reasons, according to sheriff’s reports. VPD issued a warrant for the pursuit.

On June 7, a Warren County Sheriff’s Deputy spotted and identified the suspect and the vehicle at a business on Tiffentown Road in Bovina. The suspect entered the vehicle and sped out of the parking lot through a grass median onto Tiffentown Road, then into Hinds County. The pursuit ended on Smith Station Road, again for safety reasons.

The Warren County Sheriff’s Office then issued a warrant for the second pursuit.

A Warren County investigator was contacted on July 7 by a local attorney who said that the suspect wished to turn himself in. Just before 9 a.m., Turner surrendered at the sheriff’s office, according to reports.

When booked into the Warren County Jail, a routine NCIC check revealed that he had an outstanding circuit court capias warrant from Harrison County, Miss.

Turner had been indicted in October 2017 for felony possession of a controlled substance and had been placed on the national database because of that warrant.

Turner has had initial appearances in Justice Court for the sheriff’s office pursuit charge, and the Vicksburg Municipal Court for the VPD charge. He was given a $2,500 bond on each of those charges.

He is currently in the Warren County Jail, where he will remain until he either posts bond or satisfies those charges by going to court, at which time he will be taken to Harrison County where he will face the felony drug charge from 2017.