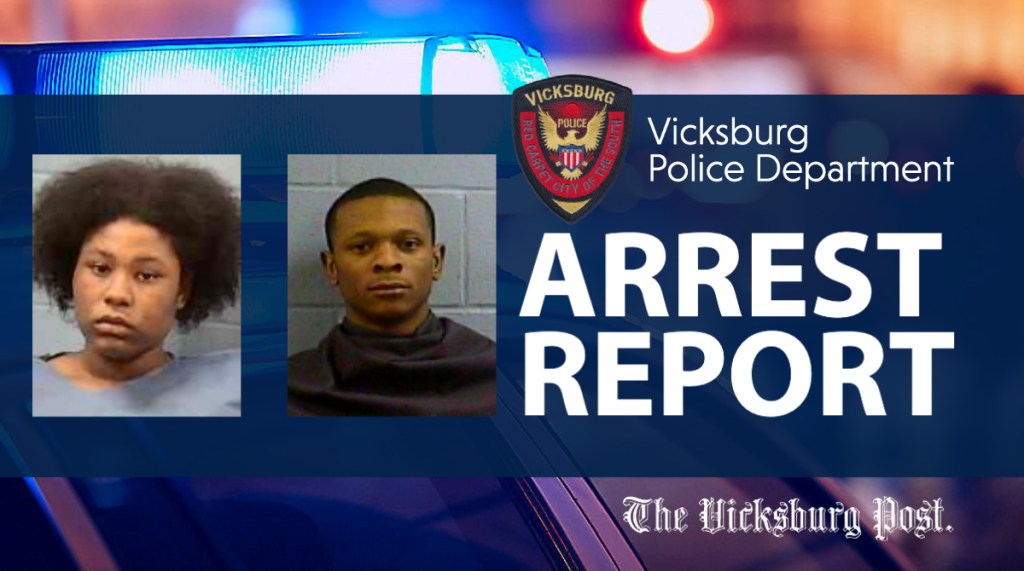 The Vicksburg Police Department has released information about two arrests and multiple reported thefts that occurred between July 15 and 18.

One charged for felony malicious mischief for damaged Nissan

Zyria Thomas, 19 of Vicksburg, appeared in Vicksburg Municipal Court last Friday on a charge of felony malicious mischief related to an incident that occurred on July 8 in which a 1997 Nissan 200SX was severely damaged.

Thomas received a $5,000 bond from Judge Angela Carpenter and was bound over to the Warren County Grand Jury.

One charged with cocaine possession after fleeing

Larry Johnson, 26 of Vicksburg, was arrested for possession of cocaine on Friday after the vehicle he was driving was stopped for a traffic violation on Clay Street.

Johnson attempted to flee from the scene on foot and was apprehended after a brief chase. He was found to be in possession of 5.1 grams of cocaine.

Johnson appeared in Vicksburg Municipal Court on Monday before Judge Angela Carpenter where he was bound over to the Warren County Grand Jury on a $100,000 bond.

The complainant reported a 2020 Chevrolet Suburban belonging to the company had been taken from the property. The case is currently under investigation.

Officers responded to an address in the 5200 block of Highway 61 South in reference to a residential burglary at 8:31 a.m. last Friday.

The victim stated someone had entered the residence and taken a television from the bedroom. Nothing else was missing inside of the residence.

The approximate value of the television is $300. The case is currently under investigation.

Officers responded to a security system alarm at Southern Wine and Spirits at 1302 Mission 66 at 2:49 a.m. on Monday. While checking the building, officers discovered a hole in the brick wall at the rear of the building. Several bottles of liquor were recovered behind the building. The case is currently under investigation.

Officers responded to an address on National Street to a report of a possible burglary at 3:11 a.m. on Monday. The homeowner reported that a 55-inch television, a 42-inch television, and a Brahmin purse were missing. The estimated value of all missing items is $835. The case is currently under investigation.