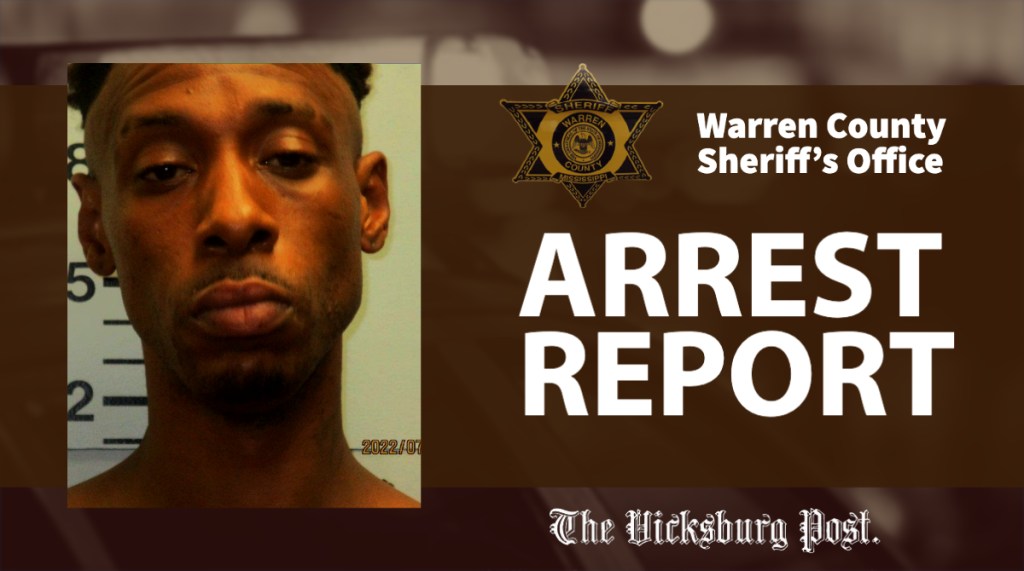 A man wanted in the Mount Rushmore State was arrested by the Warren County Sheriff’s Office this past Saturday.

Donell Otis Stewart, 37 of Edwards, was arrested on July 23 at approximately 9 a.m.

The Sheriff’s Office received information that an individual at a residence on China Grove Road had a warrant issued from South Dakota on a felony assault charge. According to sheriff’s reports, Deputy Ron Nation located the individual and made the arrest.

Stewart is held in the Warren County Jail without bail awaiting extradition back to South Dakota to face charges.