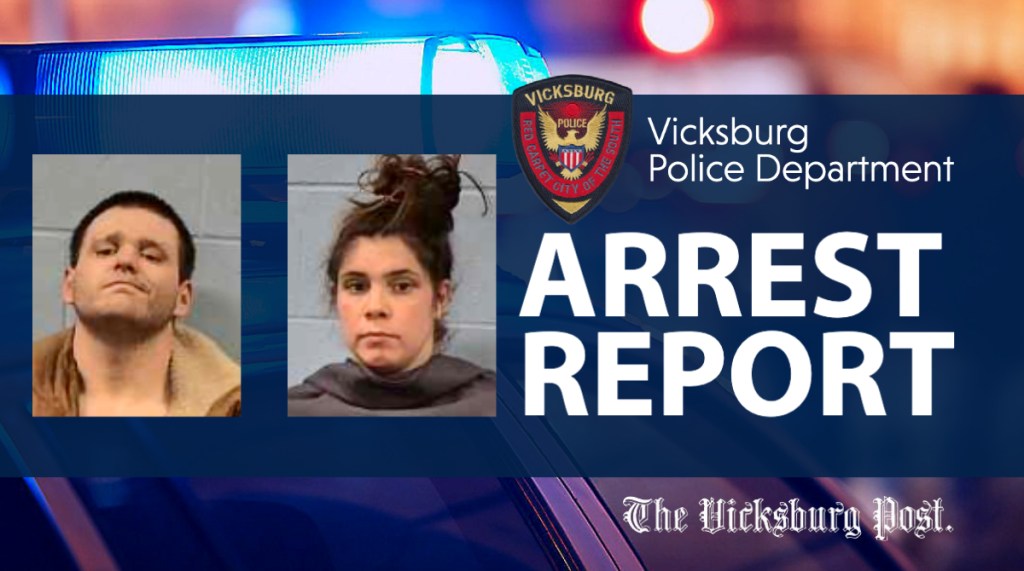 Two people were arrested on Wednesday after they were observed cutting a catalytic converter off a car at the Riverwalk Casino at 1046 Warrenton Road.

Courtney Danielle Saldana, 29 of Vicksburg, was charged with conspiracy to commit a crime.

Both Miller and Saldana are being held without bond until their initial appearance in Vicksburg Municipal Court.

Officers responded to a residence on Avenue C in reference to a burglary at 12:50 p.m. on Wednesday.

The victim stated someone kicked in the door to the residence and stole two pairs of shoes. The case is currently under investigation.

Officers responded to the area of Martin Luther King Jr. Boulevard and Zollingers Hill Street in reference to an auto burglary at 10:57 p.m. on Wednesday.

The victim reported someone broke the driver’s window of his 2015 Dodge Charger and stole an iPhone 10XR that was on the front passenger seat. The case is currently under investigation.