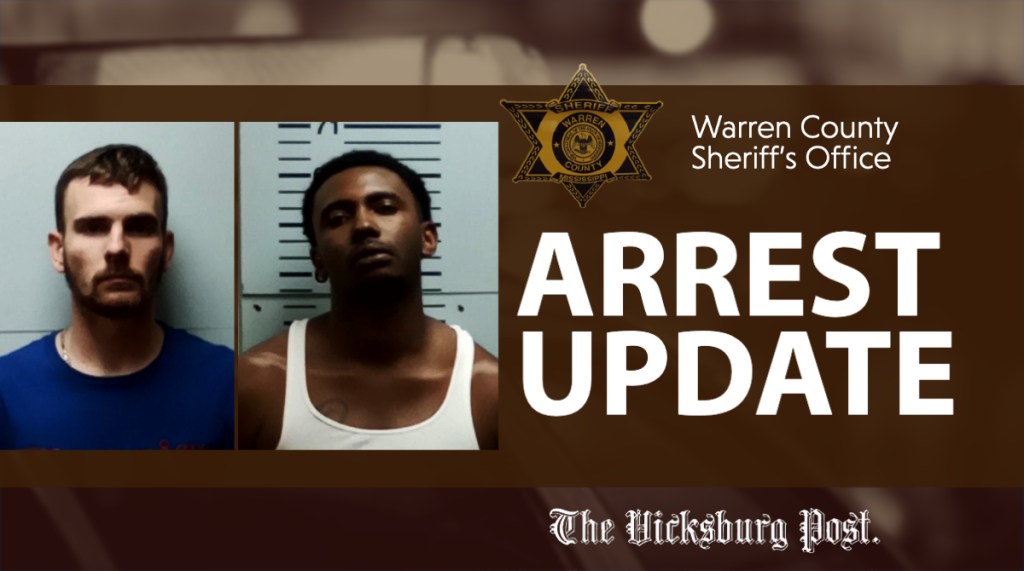 The Warren County Sheriff’s Office made two separate controlled substance arrests this past Thursday and Saturday.

Arrest for cocaine and Oxycodone possession

Tavon Tiey Carson, 26 of Vicksburg, was arrested on Thursday just after 3:30 p.m.

Sheriff’s Detective Jeff Merrit stopped a vehicle Carson was driving on Letitia Street in Vicksburg. Cocaine and Oxycodone pills were found in the vehicle. Carson was charged with possession of a controlled substance.

He had his initial appearance in court on Friday where his bond was set to $20,000, returnable to the next term of the grand jury.

Man out on bond arrested for possession with intent

Jacob Earl Cummins, 21 of Vicksburg, was arrested on Saturday just before 9 p.m.

Deputy Dustin Keyes pulled over a 2019 Chevrolet pickup Cummins was driving on Highway 80 near Newman Road.

A little under one ounce of methamphetamine, ecstasy tablets, pharmaceutical amphetamine tablets and digital scales were found in the vehicle, according to sheriff’s reports.

He had an initial appearance in court on Monday afternoon.