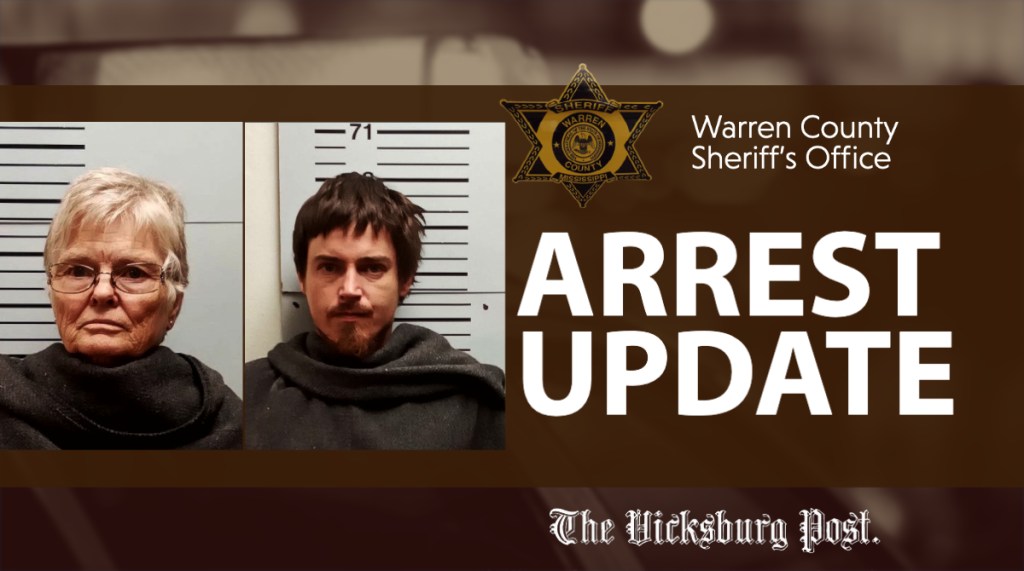 Two individuals arrested on Tuesday during a drug raid in Bovina have had their initial appearances in Court.

Richard Anthony Jordan “A.J.” Courtier, 32, was denied bond on Wednesday. Facing charges of manufacturing and possession of fentanyl, Courtier was also already out on bond for a case pending for possession of a stolen firearm. In addition to those charges, he had an outstanding warrant from Concordia Parish, La., for vehicle theft.

Glenda Courtier, 73, was charged with hindering the prosecution and received a $3,000 bond.

The raid took place at a residence in the 100 block of Clear Creek Drive in Bovina. It was a cooperative effort between the Warren County Sheriff’s Office, the Mississippi Bureau of Narcotics and the Vicksburg Fire Department. VFD provided medical assistance on standby due to the dangerous effects of fentanyl, Sheriff Martin Pace said on Tuesday.

During the operation, law enforcement found components for a meth lab, a small amount of meth and liquid fentanyl, and powder used to make counterfeit narcotic painkillers.