18-wheeler in ditch on I-20 westbound in Vicksburg 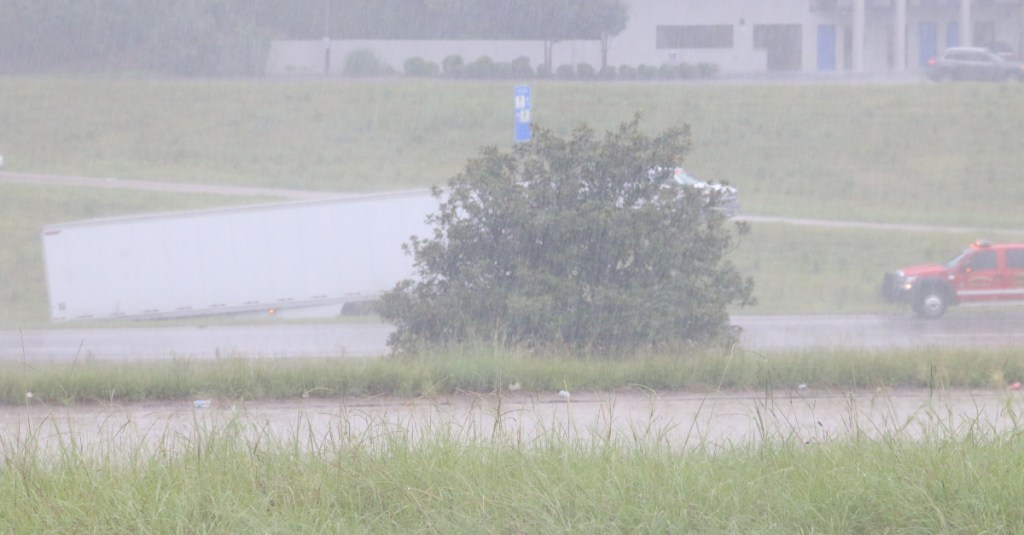 UPDATE: Vicksburg Fire Chief Craig Danczyk confirmed with The Vicksburg Post that the 18-wheeler is leaking diesel fuel from a ruptured tank.

He also said that firefighters from units Ladder 3, Battalion 1 and Rescue FD1 are on the scene attempting to contain the fuel, but heavy rains have overwhelmed that effort.

A wrecker will need to be used to remove the vehicle. Danczyk said he expects a traffic slowdown and advises drivers traveling westbound on Interstate 20 to detour from the Clay Street exit through Indiana Avenue.

4:32 p.m.: The Vicksburg Police Department is reporting that an 18-wheeler traveling westbound on Interstate 20 left the roadway and ended up in a ditch near the Indiana Avenue exit.

Two police units were on scene addressing the situation as of 4:30 p.m. Tuesday.

Drivers in the area should expect slowdowns and, ideally, should avoid the area altogether.