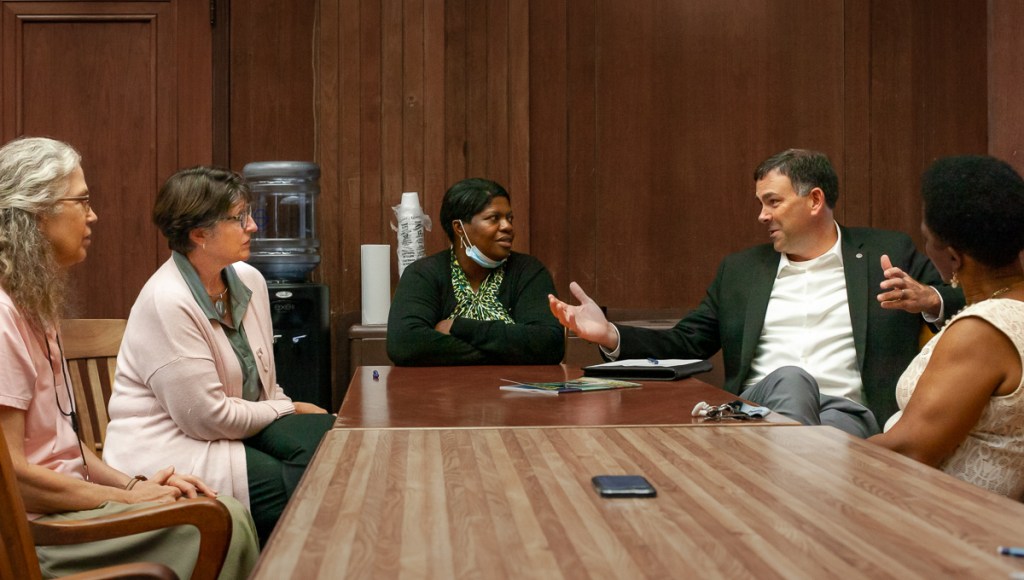 Watson is currently touring all 82 counties in the state to speak with election officials and circuit clerks. Watson said he is making the tour to build relationships and communication with officials tasked with running elections.

“I think what’s interesting is when you get to sit down and talk to the commissioners. Obviously, elections are pressure-packed these days,” he said. “(I’m here) just to hear from them and make sure that we have open lines of communication (about) what the job that they are doing specifically is so that I can communicate that to the legislature and to the public in general.”

Watson asked the officials about issues they would like to see addressed to ensure they are able to make elections run smoothly. The group discussed topics including cyber security, lines of communication between Warren County officials and Watson’s office and the training available for election officials.

Watson said that election worker training has been a common topic of discussion during his tour.

“The training component is one we talk about quite often,” he said. “Making sure (election workers) have proper training is important to us. So we’re working on kind of refitting our training (to be) more specific to their needs, and having smaller training sessions where they can ask more questions.”

Watson added, “Mississippians, to a large degree, don’t understand what it means to be a bottom-up state. That hard work really does happen at the local level,” he said. “So for us to come and sit down and build those relationships is really important.”

Warren County is the 66th county Watson and his staff visited on the tour. That same day, they also visited election officials in Claiborne and Jefferson counties.

Dionne and Daigre both said they felt the meeting went well.

“He shared some important information,” Dionne said. “And then he also listened to us and opened that channel of communication, which is very important.”