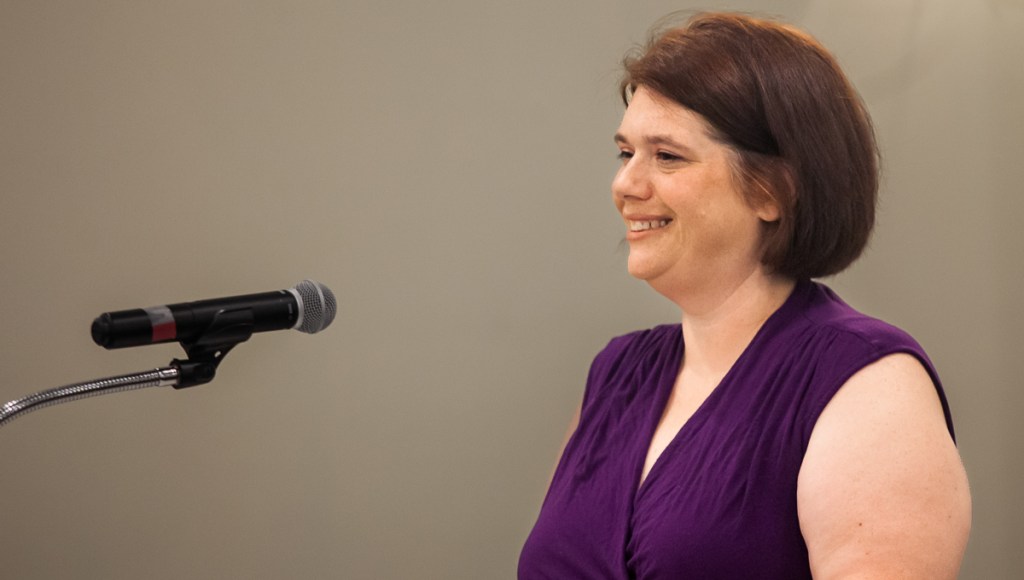 Kimberly Reeves, teacher at South Park Elementary School, was one of only 59 teachers across the country to receive the Outstanding Project Lead the Way Teacher Award. (Photo by Ben Martin | The Vicksburg Post)

The Vicksburg Warren School District Board of Trustees recognized educators for outstanding performance at its monthly meeting on Thursday.

The board approved a resolution honoring the life and work of Dr. Gerald Johnson Hasselman, Sr., who died on July 30 of this year. Hasselman had a 50-year career in Mississippi education, during which he served as a teacher and principal at Warren Central High School and as the assistant state superintendent for the Mississippi Department of Education, among other roles.

Board member Bryan Pratt said that Hasselman was his principal in junior high.

“He was very respected. He kept order wherever he was, and he positively impacted our community for so long,” Pratt said. “(He is) dearly missed, but we will honor his contribution to Vicksburg and the state of Mississippi.”

“(His service) changed lives. I know it changed mine,” he said.

During the meeting, Shealy also took the opportunity to recognize Kimberly Reeves, a teacher at South Park Elementary.

“She is one of only 59 teachers across the United States to earn the 2022-23 Outstanding Project Lead the Way Teacher Award,” he said.

Project Lead the Way is a nationwide program that focuses on hands-on learning in science, technology, engineering and Mathematics.

Reeves was at the meeting and spoke briefly about her work with the program.

“It’s project-based and we build a lot of stuff. We code, we just have a lot of fun,” she said.

During the Personnel and Proposed Consent portion of the meeting, the board approved 18 new hires for the district, including six new teachers and seven new teaching assistants.

The board was also presented with the annual report from the Mississippi Forestry Commission on timber production on its 16th Section Trust Lands, of which the district manages about 10,097.29 acres.

Profits from timber production provide income for the School District. In the fiscal year of 2022, timber from 85 acres of that land was sold for $170,025. The report from the forestry commission included an estimate by the Mississippi Forestry Commission of $127,980.

The next VWSD School Board meeting is scheduled to be held on September 26 at 5:30 p.m. at the District’s main office at 1500 Mission 66. Meeting documents and agendas can be viewed at VWSD.org.