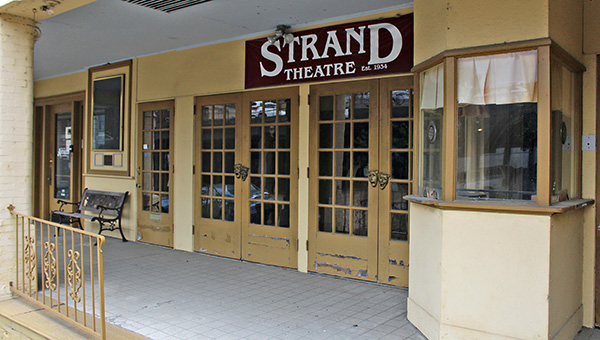 The Strand Theatre will have a special screening of the classic 1929 silent film “Man With a Movie Camera” with a live performance by Austin-based music duo Montopolis.

The band will be performing an original score they have composed to accompany the film.

Daniel Boone, the Director of Film Programming for the Westside Theatre Foundation at the Strand Theatre, said he is excited about the chance to show the silent film in a way that audiences would have experienced before sound recording became commonplace in movie-making — with a live musical performance.

“Silent movies were never truly silent; they depended on musicians to play live music to complement the films,” he said. “(The performance by Montopolis) will give us a rare opportunity to experience this in the 21st Century.”

The film, shot mostly in Ukraine during the Soviet Union, is a non-narrative documentary showing public life in Kyiv, Odesa and Moscow. The director, Dziga Vertov, pioneered and utilized many cinematography techniques for the project which are still used today, including tracking shots, slow motion, freeze frames and extreme close-ups.

The result is a visually kinetic montage of everyday life in the region and an unabating look at experimentation in a young art form. Boone said that the performance is relevant not just in the context of the history of cinema, but also in its portrayal of the past in a region currently engulfed in a fight for life and liberty.

“It was made in the time when editing and the language of the cinema were more or less being developed and discovered. And so it’s a movie that shows that off,” he said. “But of course, the timely thing is that it’s partially shot in Ukraine, in Kyiv and Odesa. It’s a big full circle that it’s about the history of cinema, and it’s about now all at the same time.”

Montopolis is a chamber music group led by composer Justin Sherburn. The group is known for its performances that combine video, live music, and interactive storytelling. Recently, they toured performing their album “The Legend of Big Bend,” which included video, poetry, and narrated history of the National Park. They are currently touring the country with their “Man With a Movie Camera” project.

Audio components have always been a part of the theater-going experience, even in the age of silent film.

“It’s sound and it’s music that ties things together and makes things flow and makes us enjoy watching the movies,” he said. “And there was always the expectation that we would have music to help us enjoy the film. I think it’s wonderful that people like Justin (score) these films that need to be seen by people.”

“Man With a Movie Camera” is widely regarded as an important part of cinema history. In 2012, it was voted the 8th-greatest film of all time by the British Film Institute.

The multimedia event will be held on Monday, Sept. 19 at 7 p.m. at the Strand Theatre. Tickets are $15 and will be available at the Highway 61 Coffeehouse in advance and at the door. And of course, the popcorn is free.