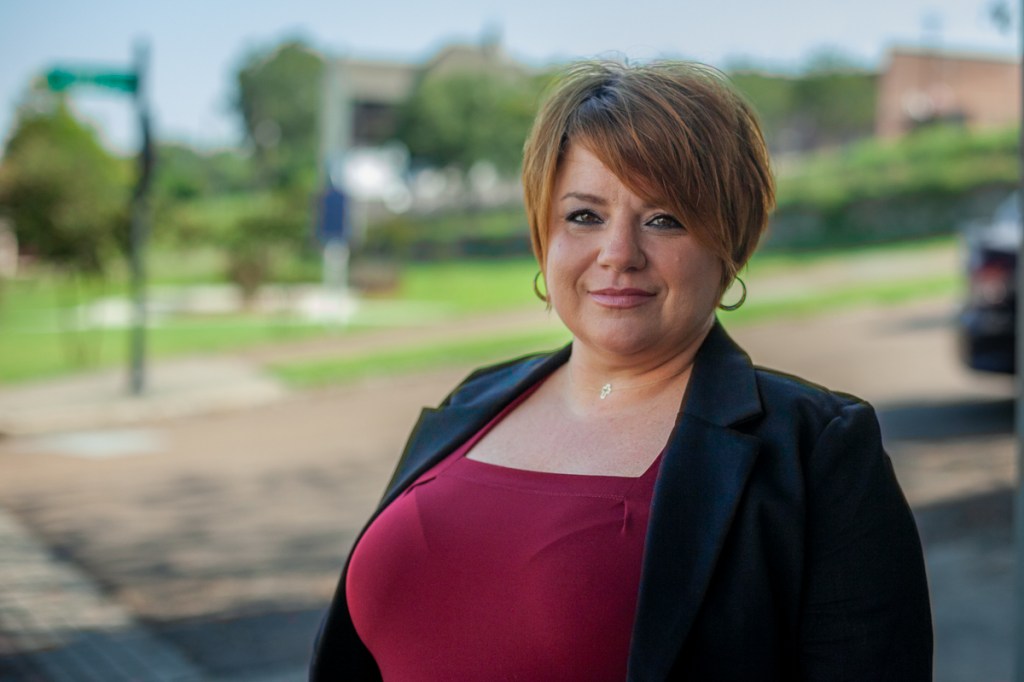 Lieutenant Stacy Rollison, now the Chief of Investigations, was the first woman to become a certified patrol deputy for the Warren County Sheriff’s Office in 2005. (photo by Ben Martin | The Vicksburg Post)

Chief of Investigations for the Warren County Sheriff’s Office Lt. Stacy Rollison was the first woman to be an accredited, certified deputy in the county back in 2005.

Rollison said she is glad that the Sheriff’s Office has recognized the importance of inclusion.

“I think that everyone should have a diverse work environment because you need to represent the people that you are protecting and serving,” she said. “It is very important that you have that difference to serve the community.”

After serving eight years in the U.S. Army Reserve, she moved to Vicksburg. While pursuing a bachelor’s degree, she began work as a part-time jailer for the Warren County Jail, then moved to full-time.

“They actually posted an internal position for a patrol deputy. And, of course, they had never opened it up to everyone to apply,” she said.

After becoming a patrol officer, Rollison was promoted to investigations in 2009 and then to Chief of Investigations in 2021. She said that her colleagues were very supportive of her as she continued to learn and climb the ranks to her current position.

“(I’ve) worked with some really, really good people that were always willing to train me and give me their knowledge that made me the success that I’ve been so far,” Rollison said.

Before Rollison applied to the Academy, the Sheriff’s Office did have female deputies, but they were not accredited by an academy, thus making them legally ineligible to serve as patrol officers. Sheriff Martin Pace said that the previous administration of the sheriff’s office did not allow women to apply to become accredited and certified. When he took office, he got rid of those restrictions. After that, Rollison was the first woman to be accepted and made it through academy training.

She had nothing but good things to say about her colleagues.

“Every single man that I have worked with at that Sheriff’s Office has treated me as an equal, (and) provided me opportunities to learn and grow. I never felt held back,” Rollison said. “If anything, they promoted my ability to figure things out and learn without being overbearing. And I cannot say enough of how much respect I have for every one of them, because it could have turned out drastically different.”

Pace said he was impressed with Rollison’s work.

“She proved herself to be very inquisitive, always asking questions, always wanting to know how everything worked,” he said. “And that’s one of the qualities of a good investigator, and a good police officer, period; but especially an investigator.”

Todd Dykes is a retired investigator for the sheriff’s office. He and Rollison worked as partners for more than 10 years. After retiring, Rollison took over his position as Chief of Investigations. Dykes now works part-time for the office doing administrative work.

“There’s nobody up there that deserves (the position) more than she does,” Dykes said. “She’s very professional, probably one of the best investigators that I’ve ever seen.”

He added, “I remember a particular time when she called me to a burglary. I was working the scene, and you can ask any investigator, the worst part about going into a burglary scene is having to use fingerprint dust. (It) gets everywhere. It gets on your clothes, it gets on your hands, it gets in your nose. And I remember Stacy asking, ‘Can you show me how to do it?’”

Dykes said he was glad to see Rollison was so eager to learn new procedures. He said that as she moved up in the ranks, she rewarded other officers who showed the desire to learn that had been such a benefit to her own career.

“As she progressed in her years of investigations, we had new people come in. She was always the person who would jump in and show them how to do stuff. She wanted to show these young people what she knows. And to me, that’s a great leader,” Dykes said. “You don’t just hide what you know and keep it to yourself, you share it with other people. That’s the main thing that impressed me about her.”

Rollison’s father, Eddie Guy Shiers, was a retired Delta Marshal in Louisiana. The Vicksburg Post published an article on Rollison in 2005 when she graduated from the academy to become a patrol officer. Shiers had the article made into a display plaque that he would show off to anyone he could. However, he died in 2020 before he could see her promoted to Chief of Investigations.

“He was just so proud of me,” Rollison said. “And I’m just glad I was able to make him that proud. I really wish he could see where I am today.”