Mobile home burns down on Walton Lane in Warren County 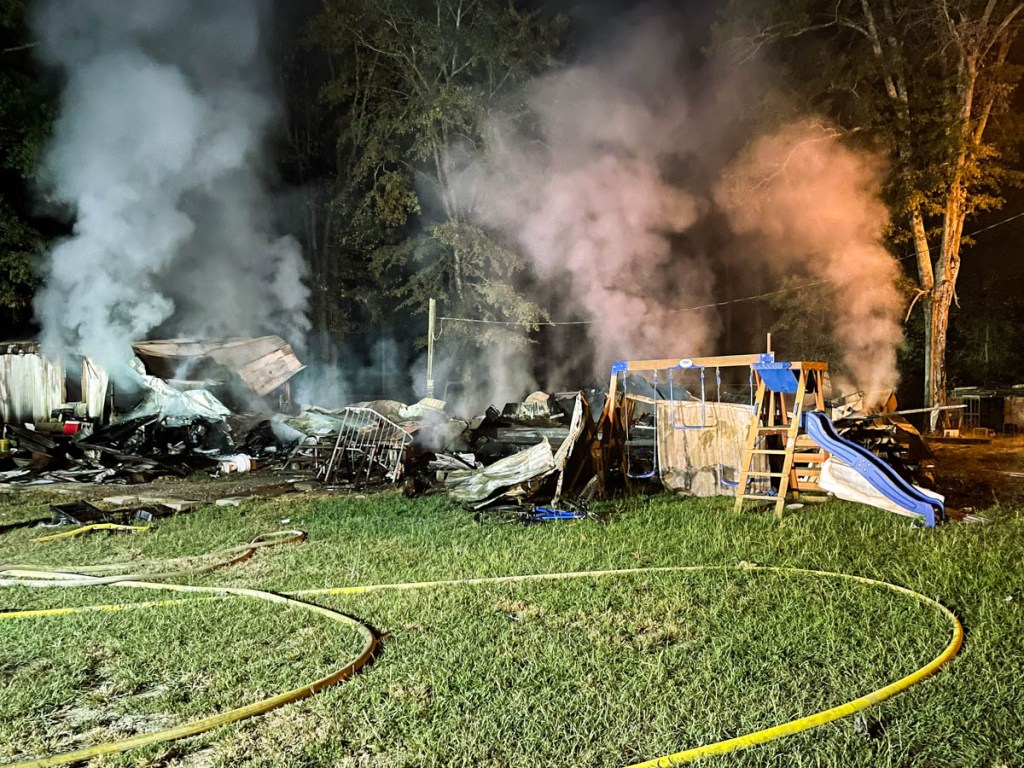 A mobile home on Walton Lane was a total loss after being destroyed by a fire early Friday morning. (Photo by Jeff Riggs)

Warren County Fire Service responded to a structure at approximately 1:20 a.m. on Friday on Walton Lane, according to spokesman Jeff Riggs.

The homeowner was alerted to the fire by a smoke alarm and called 911. Bovina and Culkin fire units were then dispatched to the scene.

Bovina Chief Chris Kennedy was the first unit on scene and stated that a single-wide mobile home was fully involved in flames and 60 percent of the roof had already collapsed. Firefighters quickly brought the fire under control in what was left of the home but spent a considerable amount of time overhauling and extinguishing hot spots within the collapsed structure.

The mobile home was a total loss and one occupant had to be treated for minor injuries. The cause of the fire is still under investigation.

Riggs stated that smoke alarms save lives and urged everyone to test their alarms today.