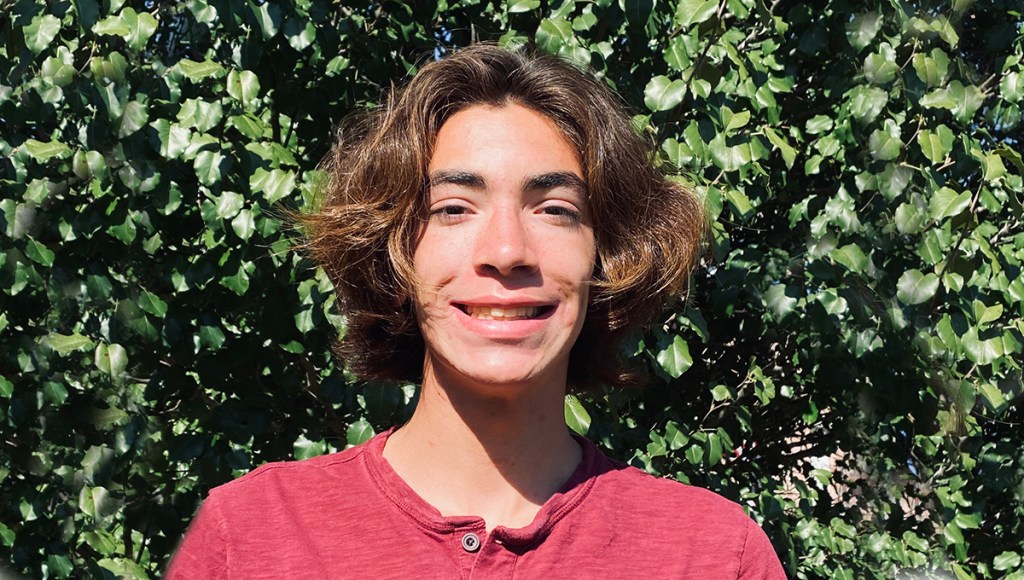 Mateo Byrd, a senior at Warren Central High School, is one of over 16,000 students nationwide that have qualified as semifinalists in the National Merit Scholarship Program. (photo by Katie Wallace)

Mateo Byrd, a senior at Warren Central High School, recently qualified as a semifinalist in the National Merit Scholarship Program.

“I was really excited about it,” Byrd said.”It’s a really great scholarship opportunity.”

Byrd is one of more than 16,000 semifinalists nationwide who will be competing for an estimated 7,250 National Merit Scholarships worth nearly $28 million in total. More than 15,000 of those semifinalists will be designated as finalists.

Those receiving scholarships will be chosen from that pool of candidates. Students qualify for the semifinalist position through a combination of PSAT scores and a scholarship application that demonstrates leadership skills and community involvement among other qualities.

Byrd is also captain of the swim team, coached by Terry Wong. Wong has been Mateo’s coach since he started swimming in seventh grade, as well as being his instructor for several honors courses. Wong said he was impressed with Byrd’s eagerness to learn when they first met.

“Even at that young age, he was always asking questions about different topics in life and trying to learn and absorb as much information as he possibly could,” Wong said. “He always goes above and beyond. If he has questions, he’s willing to research it on his own. He brings it to the class, he presents it (and) bounces ideas off of people and then goes back. And if there’s a question, he has no problems with going and doing a little bit more research to try and find out the truth behind whatever concept he’s looking at.”

Wong added that apart from being a good student, Byrd is active in his community at school.

“He’s always been just an outstanding academic. And that’s just one aspect of him,” Wong said. “He’s in sports; he started two or three clubs and organizations here at Warren Central. He’s just trying to make Warren Central a better place, so it’s fun working with him.”

Currently, Byrd is working to bring back the student government to the high school.

“Since the pandemic started, we haven’t had a student government at our school. And so last year, I started talking to the principal about the possibility of bringing it back,” he said. “And then he asked me to write the constitution, like a proposal for how we would run everything. So I wrote that up for him. And so this semester, we’re finally getting to actually start it.”

When it comes to his academic success, Byrd credits the support of his parents, Aaron and Marisol Byrd. “I think my parents have been very influential in my life,” he said. “(My dad) kind of got me started in some extracurriculars back in elementary school. He has a passion for programming and stuff like that. So I got on my school robotics team back in elementary school, and he’s just been very influential in helping me learn and helping me find opportunities. And also my mom has been  extremely supportive of me and all of my endeavors.”

Byrd said he has not yet decided what colleges he will be applying to, but said his plan is to major in psychology with a focus on research.

Semifinalists for the National Merit Scholarship Program will be notified in February about whether they will continue in the competition as finalists. Scholarships will be awarded between April and July.