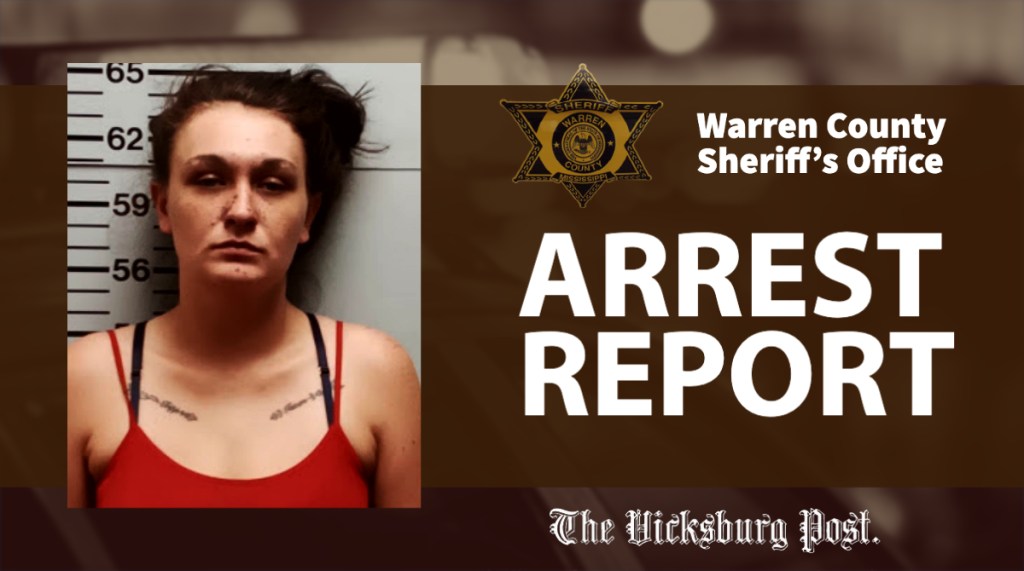 The Warren County Sheriff’s Office arrested a woman on Monday on a capias warrant on Purvis Hill Road.

Sydni Uzzle, 27 of Warren County, was taken into custody by Detective Jeff Merrit and a deputy just before 1 p.m.

The capias warrant came from the circuit court on a failure to appear before the grand jury on a charge of possession of fentanyl.

She has now been charged with two counts of introducing contraband into a correctional facility.

As of Tuesday afternoon, Uzzle was still in Warren County Jail with a $5,000 bond set by Judge Jeff Crevitt on the contraband charges. The bond for the capias warrant has not yet been set.