PHOTO GALLERY: Key City Beer soon to be in restaurants and stores 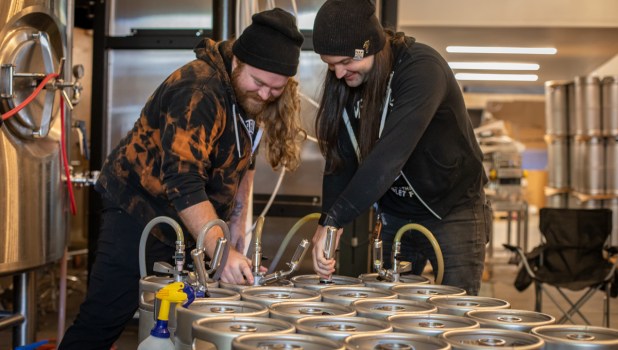 Owner and Founder of Key City, Zack Erickson (right), and Creative Director and Brewer Drew Landon Harris (left) prepare kegs of beer produced with new brewing equipment before they are shipped to the distributor. Key City beer will soon be available in restaurants and stores around Vicksburg and Jackson. (Photo by Ben Martin | The Vicksburg Post) 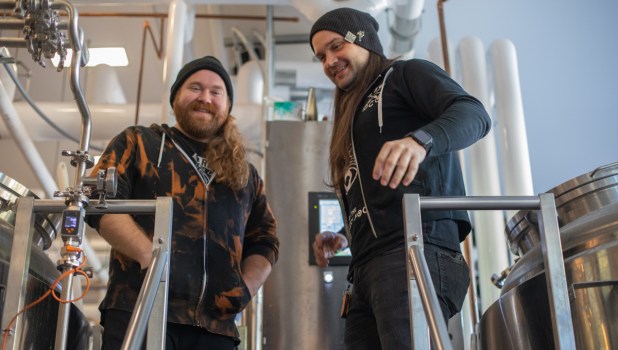 Brewing has already begun in the new space, with the first batch going into production on Sept. 1. The first brews to come out of the new system include some of Key City’s biggest sellers like Mississippi Queen and Death on Two Legs. On the left: Zack Erickson, Owner of Key City Brewery; right: Drew Landon Harris, Creative Director and Brewer.(Photo by Ben Martin | The Vicksburg Post) 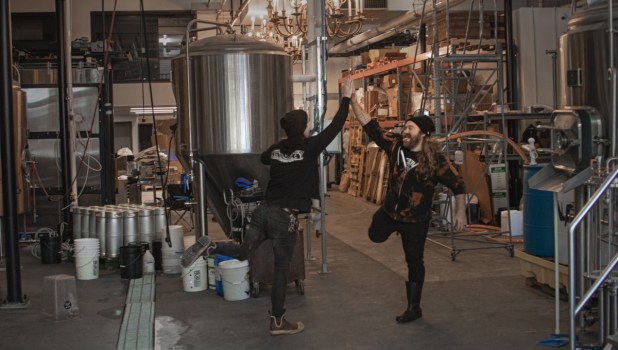 Owner and Founder of Key City, Zack Erickson (right), and Creative Director and Brewer Drew Landon Harris (left) prepare kegs of beer produced with the new brewing equipment before they are shipped to the distributor. Key City beer will soon be available in restaurants and stores around Vicksburg and Jackson. (Photo by Ben Martin | The Vicksburg Post)

The new space, which sits adjacent to the current restaurant, roughly doubles the square footage of the establishment, and is devoted entirely to production, and is part of Key City’s plan to offer its products in restaurants and stores around the state.

The brewery celebrated its four-year anniversary in March, which also marked the rebranding of the Cottonwood restaurant to the Key City Brewery & Eatery name. The owner and founder of the brewery, Zack Erickson, said he is excited about the business’s growth.

“We’ve been talking about expanding pretty much since the day we opened. And the reception has been so tremendous and supportive and wonderful,” Erickson said. “It’s just wild that it’s finally here.”

The older brewhouse system currently being operated at Key City is a three-barrel system, which is based on the volume of beer it can produce. The new system has a 15-barrel capacity. Erickson estimated that with all the new equipment and the original system running, the brewery can produce as much as 10 times more beer in the same amount of time.

The expansion is directly related to the business changing its state brewing license type. Formerly licensed as a ‘brewpub’ by the state of Mississippi, the recent change designates the operation as a ‘microbrewery,’ a license that did not exist until last year with changes in state law regarding alcohol production. The new license will allow Key City to distribute to stores and other restaurants across the state.

Drew Landon Harris is the Creative Director and one of the brewers for Key City.

“(We’re excited) to have people start asking their local bar for a Key City or look for the Gold Key tap,” he said.

Along with new fermenters and a brite tank (used for storing the beer before packaging), a new canning machine will allow Key City to package six- and 12-packs that will be sold in stores, as well as to restaurants that don’t have a tap system for kegs.

Brewing has already begun in the new space, with the first batch going into production on Sept. 1. Beer made with the new equipment has already made its way to state distributors and will soon be available in Jackson and Vicksburg restaurants and stores. The first batches include some of Key City’s biggest sellers, like Mississippi Queen and Death on Two Legs.

“We’ve kind of been in our own little world right here for so long. And it’s all happened very quickly,” Erickson said. “And kind of seeing the name Key City out and about in the wild, it’s just been shocking in a great way.”

As the new operation progresses, Erickson said that the plan is to gradually expand to areas other than Vicksburg and Jackson. However, he first wants to ensure that Key City establishes a secure foothold in the local market before that happens.

“We really want to make sure that we’re putting a lot of effort and focus into our home market. We want to make sure that all of these bars and restaurants and accounts feel like we’re here to help them, educate the staff on what we’re doing, and just make sure that they’re taken care of and have all the beer they need,” he said. “Because if we don’t focus home outward, then there’s really no point. We’ve always been very, Vicksburg-focused and to do it any other way would just kind of feel disingenuous to who we are as a business.”

For more information about Key City and special events, you can visit the company’s Facebook page at facebook.com/keycitybeer.