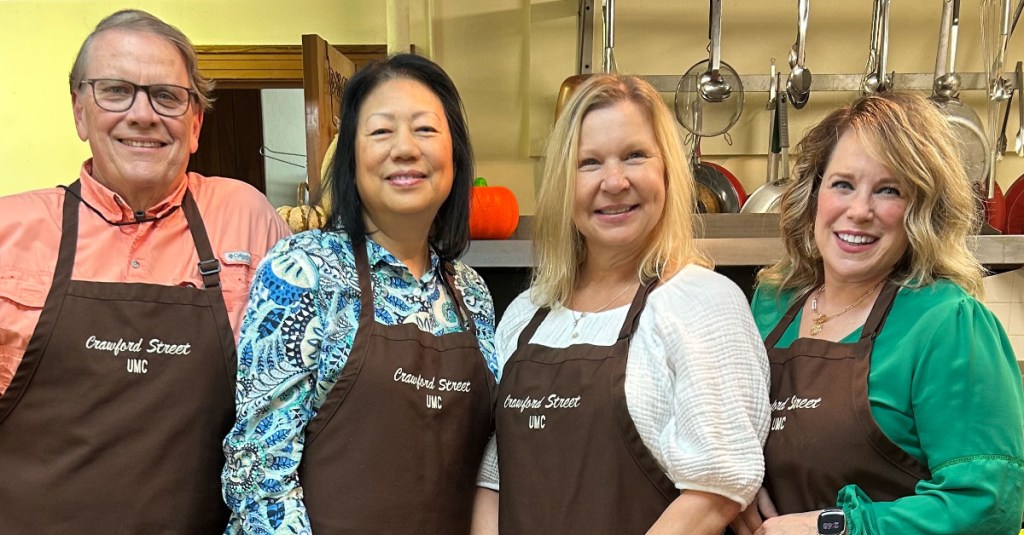 The members of Crawford Street United Methodist Church and Church of the Holy Trinity will continue their Thanksgiving holiday traditions with their annual turkey dinners on Nov. 10 and 17.

This year’s dinner marks the return of dine-in service as well as carry-out meals at both churches after a two-year absence because of COVID-19. Both churches will hold bake sales during the dinners as well.

Crawford Street’s turkey dinner is on Nov. 10 at the church with dine-in and carryout going from 11 a.m. to 1 p.m. The menu is turkey, dressing, gravy, cranberry sauce, green beans, corn pudding, a roll and a slice of pie.

Cherry Robbins, one of the dinner chairmen, said tickets are $15 in advance and available at the church office by calling 601-636-5612.

Church of the Holy Trinity’s dinner is on Nov. 17, featuring a meal of turkey and dressing, green beans, cranberry salad, a roll and dessert.

“And it all ends at 1 p.m.,” said dinner chairman Logan Peay.

Tickets are $15 and available from the church office, Peterson’s at 1400 Washington St., or online at churchoftheholytrinity.org.

The turkey dinners have been longtime traditions for both churches.

Crawford Street’s turkey dinner, which has been going on for 85 years, started as a simple sandwich lunch and bake sale and evolved from there. The dinner skipped one year when COVID-19 forced the church to cancel it in 2020.
All the proceeds from the dinners go to the United Methodist Women at CSUMC and are divided up between local, national and global missions.

Holy Trinity’s dinner is a 118-year-old tradition that dates back to the early 1900s. The money raised goes to help with church outreach and needs within the church.

According to the church’s history, Holy Trinity’s first turkey dinner was on Nov. 23, 1904, and included a bazaar at the volunteer Sothron’s armory.

The menu for the first dinner was oyster stew, turkey sandwiches and chocolate Russe. A special item sold at the bazaar was Christmas dolls.

The 1904 turkey dinner was not the church’s first fundraiser.

In 1869, when Holy Trinity was founded, women of the church held a three-day fair in December at a location called Harmonia Hall in the downtown area and raised more than $2,500 for the church.