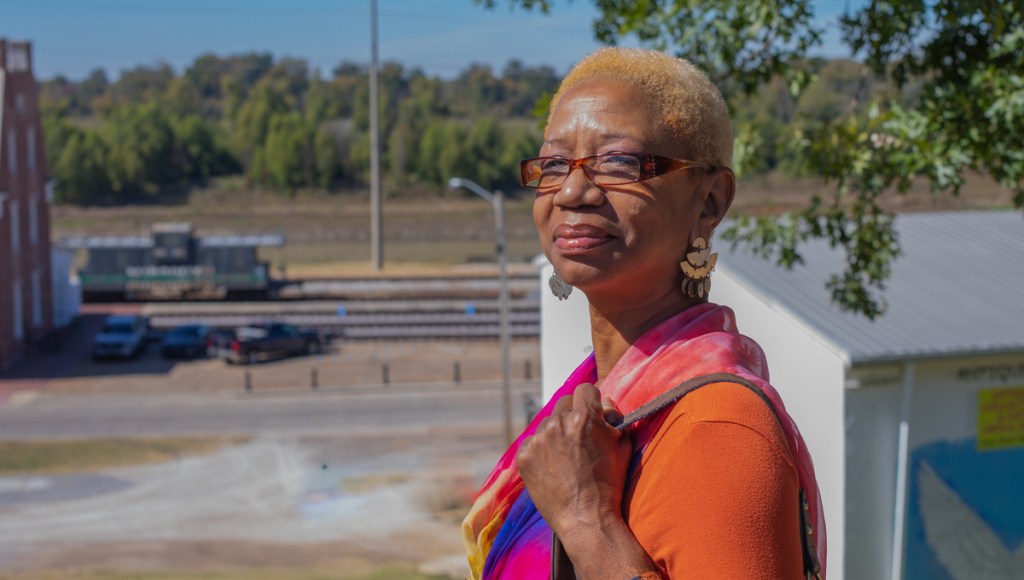 Hazel Linson will retire from her job as Receiving Clerk after 26 years of serving Warren County. She is described by colleagues as being caring, helpful and a joy to be around. (Photo by Ben Martin | The Vicksburg Post)

Hazel Linson will retire later this month from her position as a receiving clerk for the Purchasing Department of Warren County.

Linson has worked for the county for over 26 years. She was with food service in the Vicksburg Warren School District for four years prior to that.

Linson said one thing she will miss about her work is getting to meet and visit with all the different people she has worked with at the job.

One colleague Linson wanted to thank for their support during her career is Penny Evans.

Evans recently retired as a purchasing agent for Warren County. She was Linson’s supervisor starting in 2020 and the two have known each other since Linson started in the Department over 26 years ago.

“(Hazel) is a character, she really is. She’s outgoing, friendly and one thing I can say about her: she came to work,” Evans said. “Her attendance was great.”

Evans also spoke about Linson as a people person.

“(When people would call the office), they would ask for Hazel,” Evans said. “Because they thought she was friendly. She just has that air about her. People like to talk to her.

“She’s a joy to work with,” Evans added.

Linson said she is excited about her plans after retirement.

“So when I get ready to retire, I’m going to be tending to my flowers and to my puppy,” she said. “That’s what I like: hanging out with my dog, doing flowers, helping around the house and helping other people.”

However, Linson said she isn’t going to stop working after retirement. She said she has plans to become a personal care provider after her last day at the office.

Warren County Administrator Loretta Brantley is another colleague Linson said she wanted to thank. Brantley’s department works closely with the Purchasing Department. She has worked with Linson for 17 years and described her as a helpful and caring person.

“When (she comes in in the morning) she actually comes and checks on me. She asks if there’s anything she can do for me today,” Brantley said. “She is just a pleasure to be around, really, because she’s uplifting and very helpful to everybody.”

Linson said that she values being a positive influence when interacting with all the people she meets.

“It’s just some of the small things sometimes that make a person say, ‘Okay, I can move on with my day,’” she said. “It’s nothing but a good laugh, and I like passing out good laughs.”