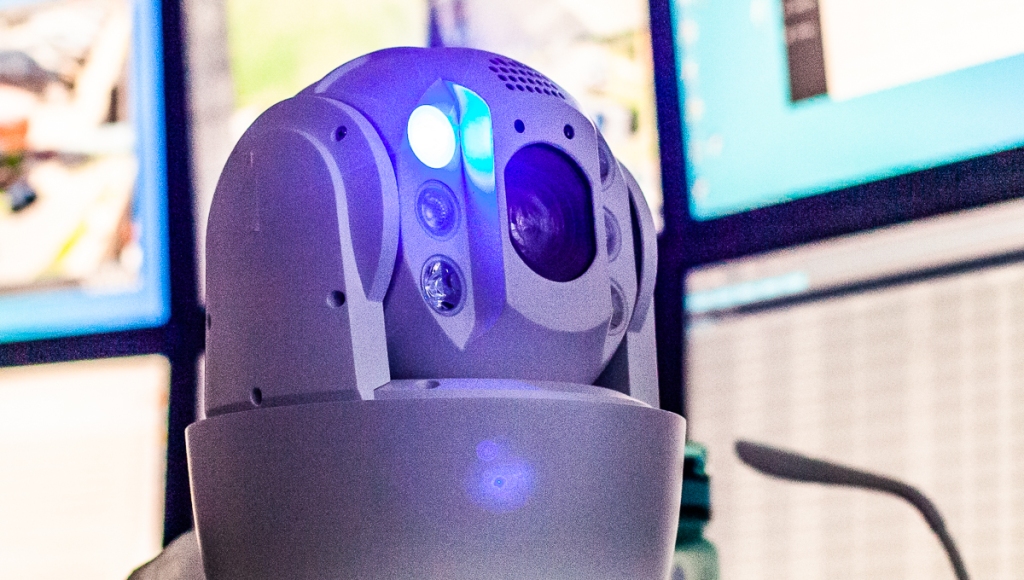 A prototype of the surveillance camera system to be adopted by the City of Vicksburg. (Photo by Ben Martin | The Vicksburg Post)

The Vicksburg Board of Mayor and Aldermen adopted a resolution in July to install 57 hi-tech security cameras around the city — however, these aren’t the first such cameras installed in Vicksburg.

The cameras come from Project NOLA, a non-profit group that designs and operates the camera system. The Neighborhood Watch for Wildwood subdivision, located near the main entrance to the Vicksburg National Military Park, had the same system installed in March of this year.

Wildwood resident Kevin Mahoney is a member of the Neighborhood Watch and said he considers the cameras to be a deterrent for crime and an effective method of identifying suspects in the event that a crime occurs. He was also instrumental in bringing the security cameras to the subdivision.

“We had some instances where there were people going through unlocked vehicles,” Mahoney said. “We wanted to try to cut back (on that) and help the police department as much as possible to be efficient in what they do.”

Mahoney said that at one of the Neighborhood Watch meetings, Vicksburg Police Chief Penny Jones (at the time a Deputy Chief) spoke to the group.

“(She) had recommended that we look into the Project NOLA cameras,” Mahoney said. “She apparently had gone down to Project NOLA and took a tour of their facility a few years back, and she thought that it might be a good fit for our neighborhood.”

The Neighborhood Watch contacted Project NOLA to get more information and pricing. The organization then decided to move forward with raising the funds to have five of the cameras installed in the subdivision.

Mahoney said that the five cameras with a two-year service contract collectively cost the neighborhood residents about $7,300, plus the cost of installation, electricity and an internet connection. Project NOLA subsidizes some cameras based on the needs of an area. The non-profit group states that the average cost of a camera from the organization is $150, with an average operating cost of $180 per year.

Jones has been a vocal supporter of the camera system being installed by the city and neighborhood organizations.

“‘I can see you!’ That’s what we want to be able to say. It’s sometimes hard to prove something if you can’t see it,” Jones said when asked about the importance of video surveillance.

Recently, she has been speaking with organizations in other neighborhoods in the city about funding and installing their own cameras.

“I have been in several different neighborhoods talking to citizens about the system and how it works and letting them know how it would help us work together with the camera systems we are installing in various areas in the city,” Jones said. “Glenwood Circle, East Avenue and connecting streets, Bellmeade and connecting streets, and Hillcrest just to start. Our plan is to speak to as many neighborhoods as possible. We have gotten some positive feedback from these areas.”

The footage collected by the cameras is stored on servers at Project NOLA at the University of New Orleans. Since their installation in Wildwood, there have already been instances in which the cameras were able to provide footage to the Police Department related to reported crimes in the area.

“I’m definitely excited that we’re doing this,” Mahoney said. “I believe that, from the polls I’ve taken from our neighbors, that I think people are pleased with having these cameras in the neighborhood. At the end of the two years, it’ll be interesting to see the results.”