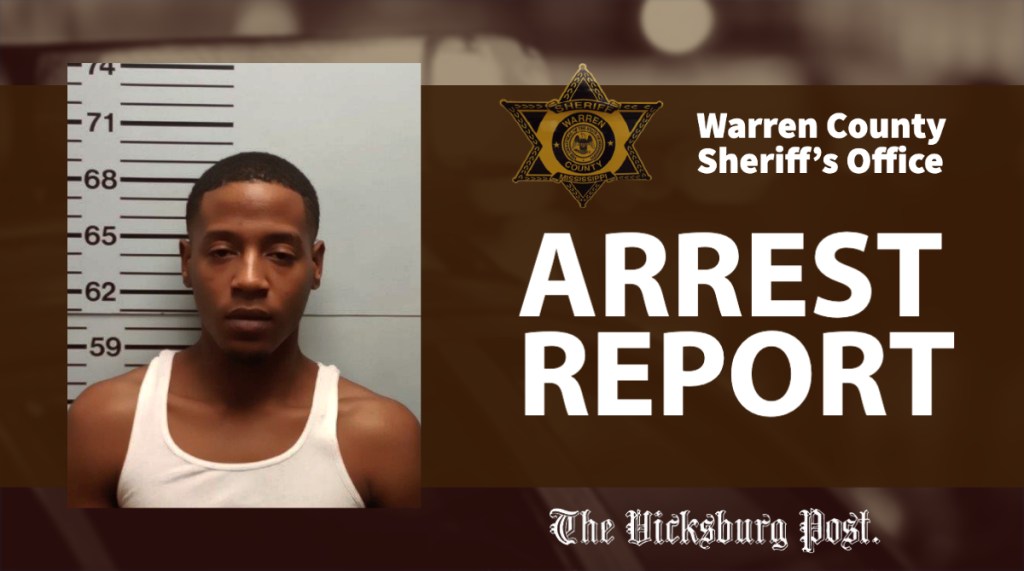 A man was arrested on multiple warrants by the Warren County Sheriff’s Office after a car chase on Saturday.

Deputy Sheriff Michael Whitley attempted to stop a Honda Accord on U.S. Highway 80 near Bovina for a traffic violation just after 8 p.m., according to Sheriff Martin Pace.

The vehicle did not yield to lights and sirens and sped up, moving westward on the highway. The vehicle then turned into Ironwood Road.

Whitley discontinued the pursuit at that point due to safety concerns. Simultaneously, Deputy Dusty Keyes was entering the subdivision from another entrance.

Pace said that within minutes, the two deputies located the vehicle parked at an address on Smallwood Street. The suspect, Derrick Darden, 25 of Warren County, was found hiding under a nearby mobile home and was taken into custody.

A check with the National Crime Information Center (NCIC) indicated that Darden was wanted on outstanding capias warrants from Warren County, as well as a warrant from Jefferson County.

Darden is being held in the Warren County Jail without bond until he can appear before the circuit court. He will later be turned over to Jefferson County authorities to face charges there.

Along with Whitley and Keyes, Sergeant Michael Rainey and a Mississippi Highway Patrolman assisted in the arrest.