2022 MAN OF THE YEAR: Heggins is a dedicated, ‘behind the scenes’ community volunteer 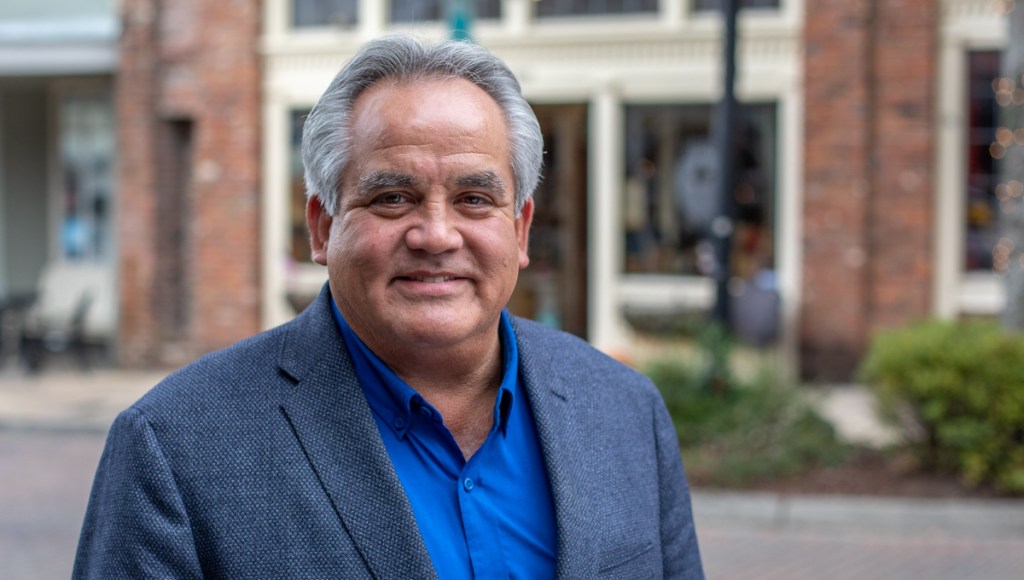 John Heggins is dedicated to giving back to his community. Apart from his job as Constable of the Southern District of Warren County, he is active in a variety of volunteer organizations in the area. Heggins was named the 2022 Man of the Year in The Vicksburg Post’s annual Best of the Best Readers’ Choice awards. (Photo by Ben Martin | The Vicksburg Post)

Apart from being Constable for the Southern District of Warren County, and co-owning and operating H&M Promotional Products, the Levee Street Warehouse, and Heggins Portable Buildings, John Heggins volunteers an enormous amount of time and energy to his community.

It’s for these reasons Heggins was voted The Vicksburg Post’s 2022 Man of the Year as part of the annual Best of the Best Readers’ Choice Awards. However, this honor is one of the few times people will see him in the spotlight.

“I consider myself a logistics person. That’s why I want to be in the background,” Heggins said.

One organization Heggins said he enjoys fundraising for is the Southern Heritage Air Foundation.

One of the people he worked with on that project was SHAF President Patty Mekus. Mekus said Heggins is always helping outside of the limelight.

“Behind the scenes, he’s doing so many things for other people,” she said. “Nobody really knows what all he does for the community. But he serves on boards, he donates, he gives his time. Anything that he’s going to do is going to be top-notch.”

Heggins has also been particularly active with volunteer work for the Vicksburg Catholic School. Kristi Smith, Director of Development and Alumni Affairs at the school, said Heggins is very active when it comes to helping others. She mentioned a time when a VCS student’s home burned down. Heggins showed up the next day with a new school uniform for them.

“John is just one of these very, very giving people, of his time and of his resources. And there’s not a day that goes by that I don’t see John giving in some capacity in some way, whether it be for the Vicksburg Catholic school or whether it be for the community,” Smith said. “He’s always out and about giving, and not because he necessarily has to for his job, but because he wants to; because that’s the type of man John is.”

Heggins’ gift for details and organization is something that he has used frequently in his volunteer work. One way he helps the school is by organizing contractors to address issues on the school property.

“He’s helped with odds and ends, whether we have a hole in the roof or a hole in our parking lot,” Smith said. “Or just the little things that seem mundane but nobody else knows how to deal with them or fix them. John (spots) them before anybody else has.”

Born in Abilene, Texas, while his father, a Vicksburg native, was in the air force, his family moved back to Vicksburg in the early 1970s. Heggins has lived in the River City ever since.

Heggins has been a Warren County Constable since 1983 when he was just 21 years old. Earlier that year, he and four other candidates ran for the office. Heggins lost, but the winner, Roger Holdiness, was impressed with him and offered him a position to help with Constable duties. Heggins said Holdiness became a very important mentor for him in his law enforcement career.

Later in 1983, Holdiness changed his mind and decided to leave office. He backed Heggins in the special election, which Heggins then won.

Heggins said that his position as a constable puts him in situations that can sometimes be trying, but ultimately it is a gratifying experience.

“People call me with whatever their problems may be,” he said. “However big or small I think it may be, it’s big to them. It’s happening right now.”