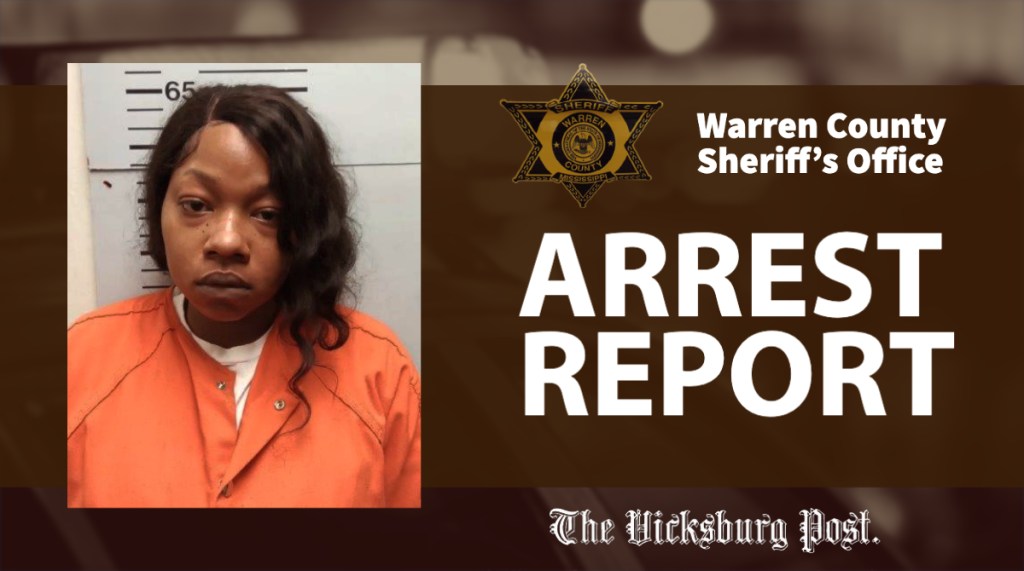 The Warren County Sheriff’s Office arrested a woman following a stabbing incident that left a man with severe injuries this past weekend.

The sheriff’s office was notified by the Merit Health River Region Emergency Department that a stabbing victim had been driven to the emergency room in a private vehicle just before midnight on Saturday.

Units that responded found an adult male who had been stabbed in the arm during a domestic dispute in the 600 block of Heartwood Drive.

According to Sheriff Martin Pace, it appears that the stabbing victim and Raiven Adams, 25 of Warren County, had been in an argument that escalated to an altercation which resulted in the stabbing.

The injured man was transferred from Merit Health River Region to the University of Mississippi Medical Center in Jackson. The injury was reportedly severe but not life-threatening.

According to Pace, Adams was the driver who took the injured man to the hospital from her residence, where the incident took place.

Adams then waited for law enforcement to arrive at the hospital and was detained. After consulting with the District Attorney’s Office, investigators arrested her on a charge of aggravated domestic violence shortly after midnight on Sunday.

At her initial appearance in court on Monday, Judge Ed Woods set her bond at $10,000 and it was posted that same day. The case is scheduled to be reviewed by the January session of the Warren County Grand Jury.