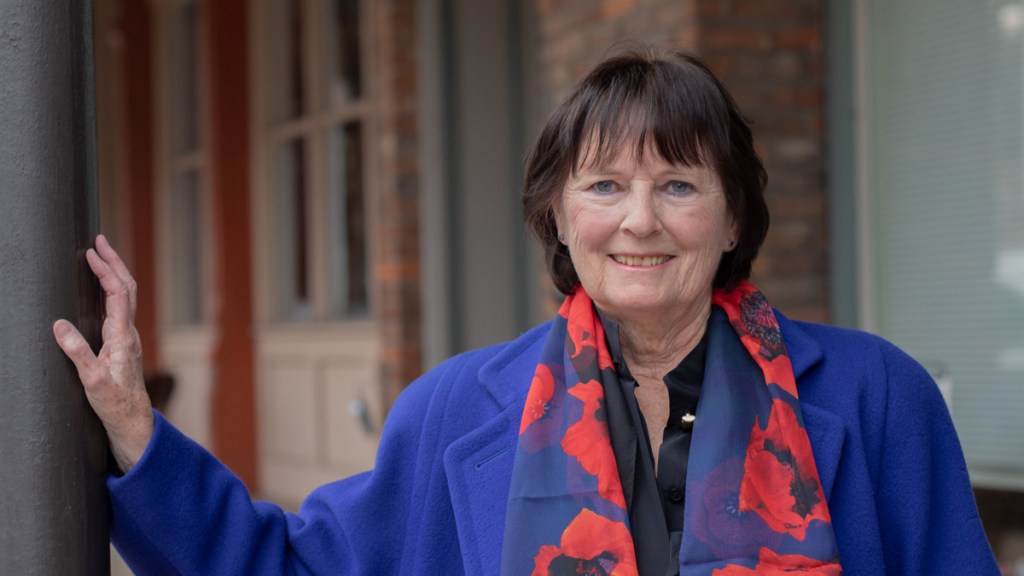 Historian and Vicksburg resident Bernadette Cahill has spent much of her life studying the women’s suffrage movement. Last March, she gave a talk at the annual Mississippi Historical Society Conference about a convention held by the National Women’s Party in 1917 in Vicksburg at the Caroll Hotel, located at what is now the corner of Walnut and Clay Streets. (Photo by Ben Martin | The Vicksburg Post)

Bernadette Cahill is a Vicksburg-based historian and author who has written three books on the women’s suffrage movement.

Last March, she gave a lecture at the annual Mississippi Historical Society Conference about a convention held by the National Women’s Party (NWP) in 1917 in Vicksburg at the Caroll Hotel, located at what is now the corner of Walnut and Clay Streets.

In the January prior to the convention, The NWP, led by Alice Paul, organized and began the first picketing of the White House in history. It was occupied at the time by President Woodrow Wilson, whom the NWP was trying to pressure into supporting women’s suffrage.

“He was adamantly against votes for women, as were so many others. And the picketing continued,” Cahill said. “And in April 1917, this country went to war in Europe. And immediately the pressure was on Alice Paul and her group to stop picketing the White House because the President had more pressing matters than votes for half of the population to deal with. And Alice Paul refused.”

Over the following months, nearly 500 NWP protesters were arrested.

At the time, the NWP was working to expand its support by establishing contacts in new branches of the organization around the country. Vicksburg was chosen for the convention that would mark the opening of a new Mississippi NWP branch.

A separate organization, the National American Woman Suffrage Association (NAWSA), had already been functioning in Jackson for a number of years. NAWSA and NWP did not always see eye to eye. For instance, after the war started, NAWSA President Carrie Chapman Catt wrote an open letter to Alice Paul saying that the picketing of the White House was hurting the cause of women’s suffrage.

Cahill said she thinks that tension may be the reason Vicksburg was chosen as the location for the convention.

“Rather than muscling into (NAWSA) territory, the National Women’s party came here,” she said.

In May of 1917, the NWP set up in the lady’s lounge in the Caroll Hotel, which they decorated in purple, white, and gold, the colors adopted by women’s suffrage activists. They also displayed a large “Great Demand” banner that read “We demand an amendment to the United States Constitution enfranchising women.”

“They brought a festive atmosphere with them,” Cahill said. “Women got excited by this because it was something that hadn’t happened here in Vicksburg.”

According to Cahill, 75 women attended the convention, which was held on June 1, 1917. Participants passed resolutions supporting women’s suffrage, including a resolution to begin a campaign to send telegrams to Congress and to U.S. Representative Byron Harrison of Gulfport, who was against suffrage and held a deciding vote in the Rules Committee.

The continued efforts of suffragettes across the country paid off. Wilson reversed his position and publicly endorsed women’s suffrage in an address to congress the following year. The 19th amendment passed in 1919, guaranteeing American women the right to vote.

“(The suffragettes’) struggle went back to 1848. And they really ramped it up during Reconstruction,” Cahill said. “So it was 52 years that it took women to win it.”

Her third book, “No Vote for Women: The denial of suffrage in reconstruction America,” was published in 2019 by McFarland & Company, Inc. It follows the efforts of Susan B. Anthony and Elizabeth Cady Stanton after the Civil War.