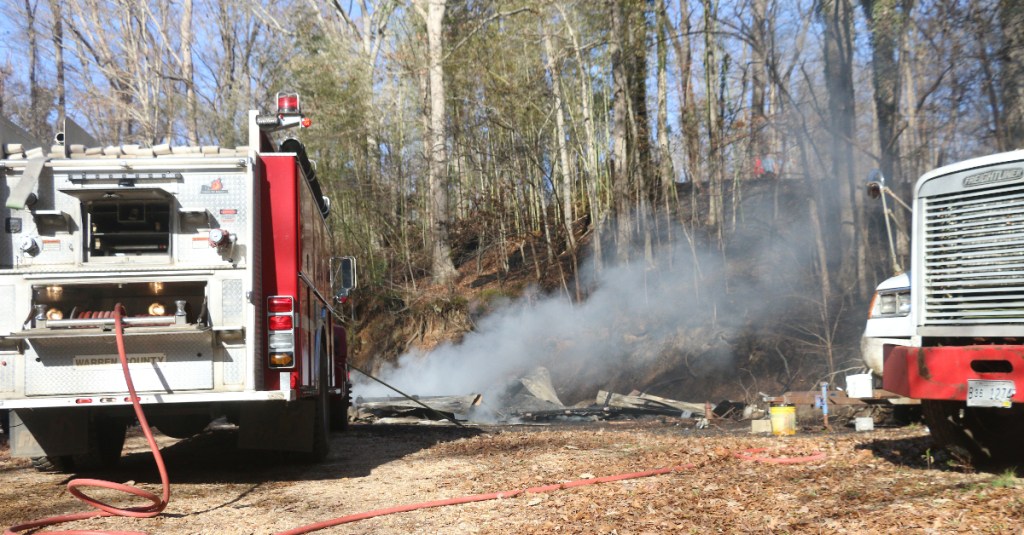 At approximately 2:30 Thursday, the county fire department was called to 122 Lee Circle, off Hall Ferry Road. A shed was on fire and it was moving up a near-by hill. (Photo by Terri Cowart Frazier)

Fisher Ferry and Culkin Fire units were dispatched to a structure fire on Lee Circle at about 2:30 p.m. on Thursday, according to Warren County Fire Service spokesman Jeff Riggs.

Engine 302 and 303 of Fisher Ferry, Brush Truck 207 of Culkin and Warren County Sheriff’s Office units responded, along with members from Northeast and Bovina to the scene.

Lee Williams of Culkin FD assumed Command of Fire Ground Operations. Units found a shed on fire, which was in the process of spreading to the nearby treeline. Units quickly contained and extinguished the fire of both the shed and the wood line.

The shed was a total loss. No injuries were reported and the cause of the fire is currently under investigation.