Voices and Votes: The famous Tom Wince and his Blue Room 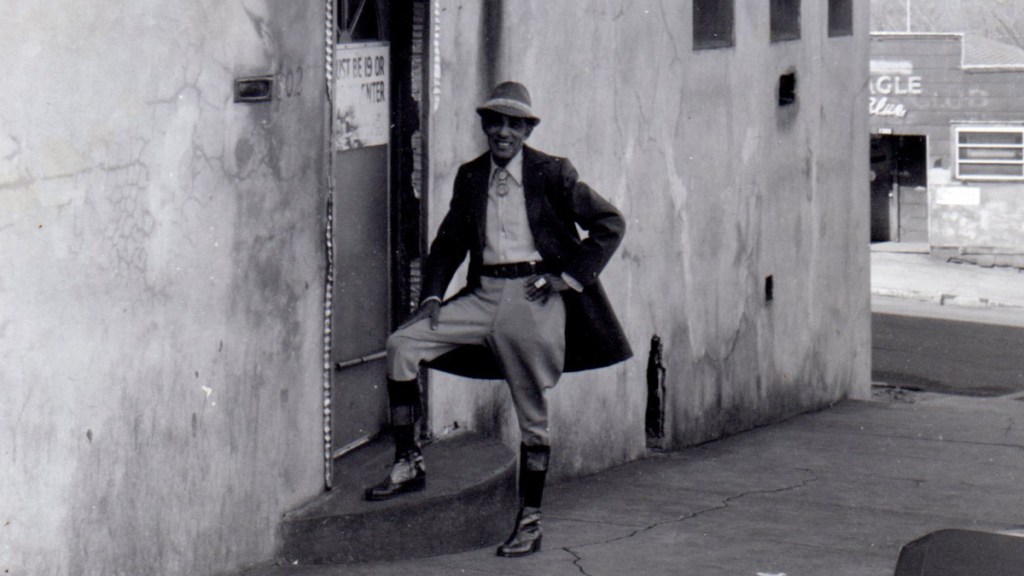 Tom Wince was a club owner in Vicksburg from the 1930s to the 1970s and the owner of The Blue Room, a popular club that hosted acts including Ray Charles and Louis Armstrong. He was well known for being outgoing and community-minded. (Photo courtesy of the Old Warren County Courthouse Museum)

Tom Wince Jr. was the owner of several famed clubs in downtown Vicksburg from the 1930s through the 1970s. His most famous was The Blue Room, which attracted performers including B.B. King, Ray Charles and Louis Armstrong.

As one of the most famous clubs in the South, there was no shortage of a diverse group of patrons. During segregation, The Blue Room was attended regularly by both Black and white customers.

Billy Wince is one of Tom’s 14 children.

“What made daddy so famous was that you could walk in that door and it didn’t make any difference,” Billy said. “You agreed to leave your prejudices and all that stuff outside. Because you’re coming to the Blue Room, you’ve come to have a very good time.”

Wince was born in 1910 in Oak Ridge, Miss., about 25 miles northeast of Vicksburg. At a young age, he started working at the Hotel Vicksburg on Clay Street. On the side, he started selling beer and Coca-Cola on the corner and saved up his profits.

“He realized that there was a need to get indoors during rainy or extreme weather downpours,” Billy said. “So he inquired about (an) old building (nearby) and was allowed to rent the room. He later purchased the building, remodeled it and renamed the location The Jitterbug Den.”

After several years, Wince again remodeled the establishment and renamed it The Blue Room. A large blue neon star marked the front entrance. Today, a Blues Trail marker is installed at the location on 602 Clay Street in downtown Vicksburg, where the three-story club once stood.

The Blue Room was large. It contained a restaurant, a club specifically for teenagers, a blues lounge, a card and television room and 12 motel-style rooms for out-of-towners.

The second story of the club was taken up by the Skyline Ballroom, the main venue for performers. When big names weren’t in town, the Vicksburg-based musical group The Red Tops would regularly perform there. A Blues Trail marker now commemorates the group in front of the Strand Theater on Clay Street.

Wince was known in the community for being outgoing and gregarious. He did not drink or smoke, and Billy said he has no memory of ever hearing him swear. He was also known as a flashy dresser and was often seen sporting riding pants. One of his prized possessions was a large 10-carat diamond ring worth $10,000.

Apart from entertainment, Billy said The Blue Room was a popular hub for community activities.

“Quite often people from many churches, schools and organizations needing contributions, especially projects such as building funds, feeding the poor or helping the less fortunate would seek my father’s financial support,” Billy said. “I have witnessed many times (him) purchase clothing or food for persons who might have had disasters such as fires in their home, death of a family member or just someone having a need. My father would be there to assist in any way he could. He was a good man.”

Being particularly community-minded, Wince also allowed voter registration meetings to be held in his private conference area in the Blues Lounge room at the club. State and local leaders, including former Governor of Mississippi Ross Barnett, would contact Wince to coordinate informational outreach.

When Wince died in 1978 at the age of 68, his notoriety was significant. His funeral was so well-attended that the crowd spilled over into the street.

“There were so many people that they put speakers outside for people out in front of the church,” Billy said.

He added, “(Back then), if you had a Black funeral, there would not be any police escorts.”

However, so many were in attendance, police officers were stationed all along the route from the church to historic Cedar Hill Cemetery, where Wince is buried.

Wince is currently featured in the Voices and Votes Exhibit at the Catfish Row Museum in Vicksburg. The traveling Smithsonian exhibit includes national and local history about the fight to make democracy available to all Americans. It is free to the public.