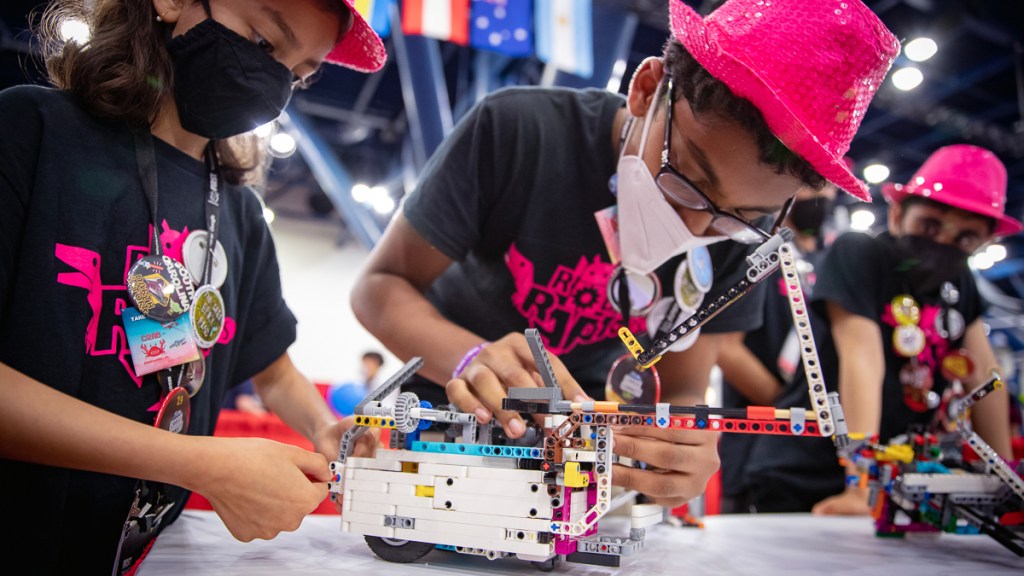 Local elementary school robotics teams will be competing in the FIRST Lego League competition on Saturday. Students will be using machines they have designed and built themselves to complete a series of tasks. (Photo courtesy of FIRST Lego League)

NOTE: This article originally incorrectly stated that the competition would be at South Park Elementary. The event will be held at Beechwood Elementary School.

Robotics teams from elementary schools in Warren County will be competing in the 2023 FIRST Lego League Competition this Saturday.

FIRST is a global robotics community that develops team-based robotics programs for children ages 4 through 18.

The competition will be testing the team’s ability to complete a variety of tasks using machines the students have built from Legos. It is designed to engage students interested in STEM fields with hands-on learning.

Competing teams from schools in Warren County will be the Beechwood Lego Legends, the Bovina Brainiacs, the Bowmar Builders, Energy Anew, and the Bionic Bulldogs.