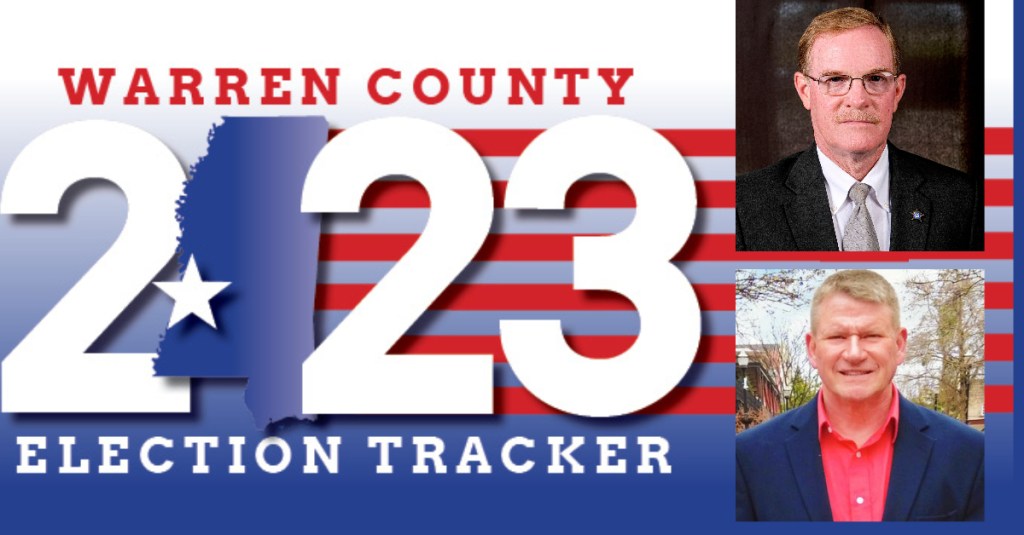 Pace, who was first elected in 1996, is a Warren County native and graduate of the University of Southern Mississippi. He began his law enforcement career as a state park ranger and joined the Warren County Sheriff’s Office in 1981.

The sheriff said it’s an honor to have served in office as long as he has, and that he hopes voters will elect him for another four years to continue his work serving and protecting the community.

“I’ve dedicated my adult life to the public safety of the citizens of Warren County and they have honored me by allowing me to do what I love to do,” Pace said. “Law enforcement has evolved and continues to evolve, and the Warren County Sheriff’s Office has embraced modern changes to better serve the people of Warren County.”

Pace said he has several goals over the next four years, should he be reelected, including the expansion of programs like neighborhood watches and increasing community involvement with crime prevention.

Another big item on his list is the completion of the new Warren County Jail, a project he’s devoted time to through researching best practices and leading county officials on tours of jails across the state and in neighboring states.

Riggs also has big plans, should he be elected.

He is a Retired Command Sergeant Major with the U.S. Army National Guard, with more than 40 years under his belt and multiple tours of duty, Riggs is a combat veteran and earned two Bronze Stars, one combat action medal, and a Bronze De Fleury Medal.

And he’s no stranger to the local law enforcement scene, either, having served as a deputy for seven years and undersheriff under former Warren County Sheriff Paul Barrett for 21 years. Riggs also served as a justice court judge for nine years.

“I was undersheriff for 21 years and literally ran the sheriff’s office for the sheriff (during that time),” Riggs said. “I’ve got an MBA from William Carey and a bachelor’s in criminal justice. I’ve held all the necessary leadership positions in the military and have been to the FBI academy, graduating with Class 261.”

His platform includes initiatives for youth outreach programs and increased transparency in law enforcement, as well as neighborhood watch and interagency cooperation. As a current firefighter and EMT for the Warren County Fire Service, Riggs said he’s seen firsthand the benefits it could provide.

“You never have enough resources. When I think of resources, I’m talking about people. I want to have interagency cooperation with everything from fire, to EMS, to other police agencies,” he said. “We can all share these resources.”

Riggs said he believes that, in order to meet the county’s law enforcement challenges, the right candidate for sheriff must be willing to think creatively.

“You can’t have stovepipe thinking,” he said. “You have got to be well-rounded, and I’ve done that.”

So far, Pace and Riggs are the only candidates that have qualified to run for sheriff. The qualifying period to run for county office ends on Feb. 1 at 5 p.m.

The general election will take place on Nov. 7. For more information on the 2023 election cycle, click here.