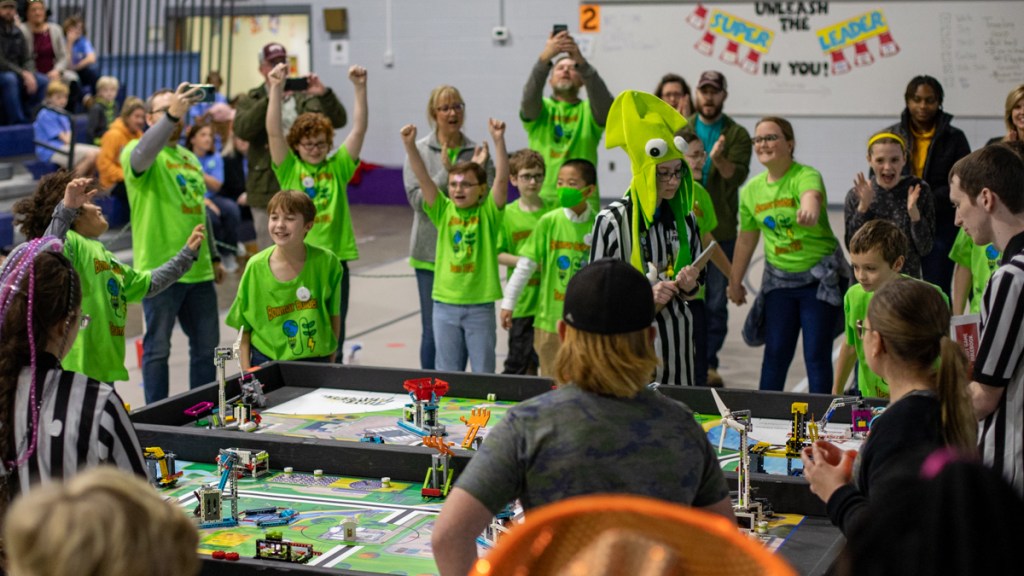 Local elementary school robotics teams competed in the FIRST Lego League competition on Saturday at Beechwood Elementary School. The top prize went to Bowmar Elementary’s team, the Bowmar Builders, who will advance to the state level of the competition. (Photo by Ben Martin | The Vicksburg Post)

Kristy Brannon was the tournament director for the event and is a physics and chemistry teacher at Warren Central High School. Brannon said she is excited that she gets to help young learners develop an interest in STEM subjects through such competitions, noting the importance of developing that interest early in a child’s education.

“It’s just a great jump start into STEM. We know that if we don’t target those children before 7 (years old), particularly the girls, we lose them,” Brannon said. “They just don’t get interested in these things. We miss that window of opportunity.”

Seven teams from Warren County and Brandon were tested on their ability to complete a variety of tasks using robots that they built from Lego blocks and then programmed.

Other teams to compete in the competition were the Beechwood Lego Legends, the Bovina Brainiacs, Energy Anew, the Bionic Bulldogs, the Radioactive Rodents and the Resource Rednecks.

The judges for the competition were all local, including volunteers from the U.S. Army Corps of Engineers Engineer Research and Development Center and Applied Research Associates. Referees were made up of high school student volunteers.

Brannon said the lessons students learn while working as a team in the robotics competition can be very useful as they enter high school and begin to narrow down their focus of study.

“Many of our students are able to pull from their experiences in the elementary and middle school levels from the FIRST (program) and robotics (studies),” she said. “It helps us kind of hone in on what career would work better for them, or what classes might be a good fit.”

FIRST is a global robotics community that develops team-based robotics programs for children ages 4 through 18. It is designed to engage students interested in STEM fields with hands-on learning.

She added that she was pleased with how the competition went.

“I think it went great,” she said. “The kids learned a lot, even the kids that went home without a trophy.”

The Mississippi FIRST Lego League Challenge Championship will be held on Feb 25 in Pearl.