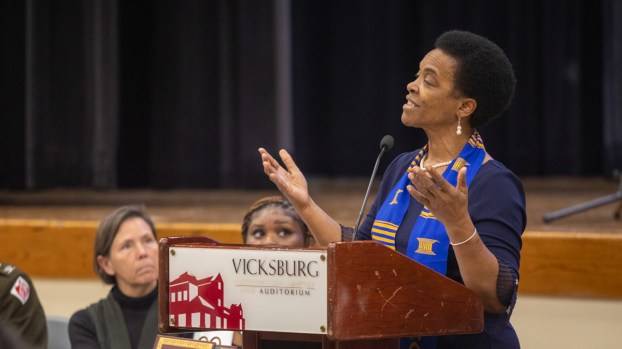 A memorial celebration honoring the life of Martin Luther King Jr. took place at the Vicksburg Auditorium on Monday. Bobbie Bingham Morrow, President of the Vicksburg chapter of the NAACP, was one of many speakers who spoke about King’s legacy. 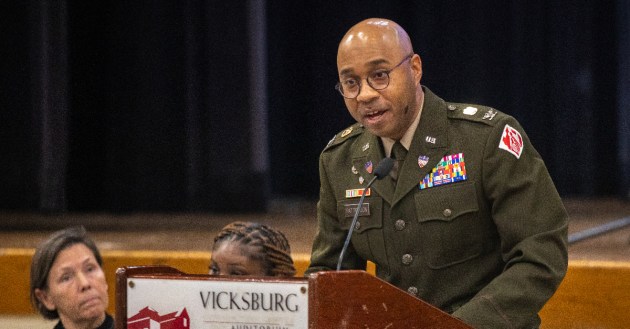 Colonel Christian Patterson speaks at the Martin Luther King Jr. memorial celebration at the Ardis T. Williams Sr. Auditorium on Monday. Patterson is the new commander of the Engineering, Research, and Development Center (ERDC) of the U.S. Army Corps of Engineers and the first Black commander to hold the position. (Photo by Ben Martin | The Vicksburg Post) 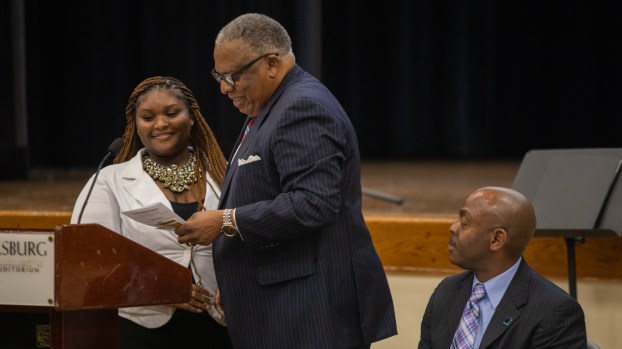 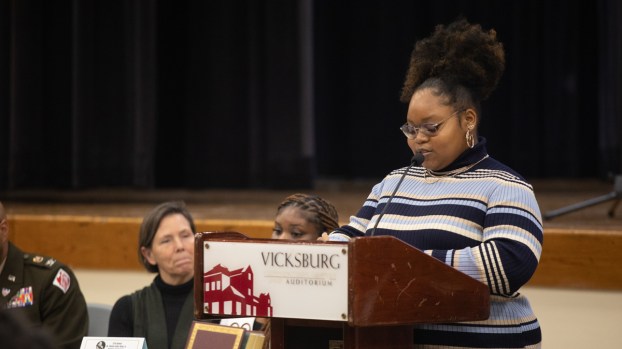 Caiya Marie Nettle, an eighth grader from the Academy of Innovation, was one of several speakers at the Martin Luther King Jr. Memorial Celebration at the Vicksburg Auditorium on Monday. She read an essay she had written on the importance of voting in our democracy. (Photo by Ben Martin | The Vicksburg Post) 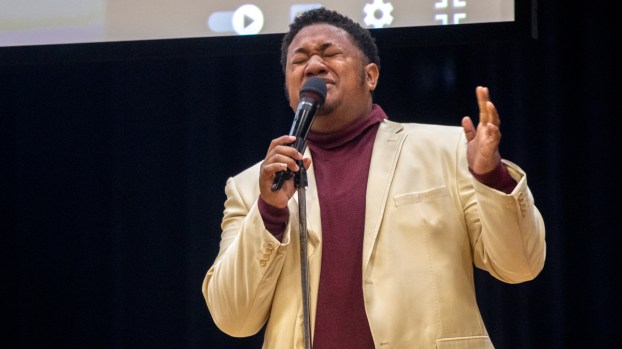 Xavien Lewis sang a heartfelt rendition of A Change is Gonna Come at the Martin Luther King Jr. Memorial Celebration at the Vicksburg Auditorium on Monday. The well-known civil rights anthem was originally composed by Sam Cooke in 1964. (Photo by Ben Martin | The Vicksburg Post)

The event was organized by the Rev. Dr. Martin Luther King Jr. Birthday Memorial Committee and came one day after King would have turned 94 years old.

The introduction was given by Keidria Winchester, a junior at Alcorn State University.

“We all know that Dr. King faced constant threats to his life as well as the lives of his family. Yet, he chose a peaceful path of non-violence,” she said. “In his autobiography, Dr. King wrote, ‘Nonviolence is a powerful and just weapon. Indeed, it is a weapon unique in history, which cuts without wounding and ennobles the man who wields it.’”

Among other musical performances, Xavien Lewis, a recent graduate of Alcorn State University, sang a heartfelt rendition of “A Change is Gonna Come,” the well-known civil rights anthem originally composed by Sam Cooke in 1964.

Col. Christian Patterson is the commander of the U.S. Army Engineer Research and Development Center (ERDC). Patterson served as a guest speaker at the event, addressing King’s legacy and the inspiration he provides.

“When it comes to solving problems, the path to resolution can sometimes be unknown,” Patterson said. “So as you grow and face the difficulties of today and tomorrow, apply Dr. King’s wisdom: pursue hard things as part of your life’s blueprint. Be the force that fuels the phrase ‘Truth to power.’”

Members of the NAACP Vicksburg Branch Youth Choir performed a medley of civil rights-era songs they had prepared, which included “Free At Last” and “We Shall Overcome.”

After the choir performance, Caiya Marie Nettle, an eighth grader from the Academy of Innovation, read an essay she had written on the importance of voting in our democracy.

“Voting is a way to ensure that our voices are heard. Our vote doesn’t just affect the candidates we choose to represent us, it also determines the laws that are passed and the policies that are put in place,” Nettle said. “Our democracy relies on the citizens exercising their right to vote, and civic engagement ensures that their voices are heard.”

President of the NAACP Vicksburg Branch and Chair of the Dr. King Memorial Day Committee Bobbie Bingham Morrow also spoke to the audience near the end of the event about what King’s impact and legacy means to her.

“I remember when Dr. King was assassinated. I remember the people in my household in mourning. I remember the pictures that showed up in Jet Magazine and in Ebony Magazine and how tormented my mother was,” Morrow said. “She wasn’t active in the civil rights movement, but she understood what Dr. King was trying to do, and she appreciated it. And I appreciate it; the man sacrificed his life for us to have freedom, justice and equality.”