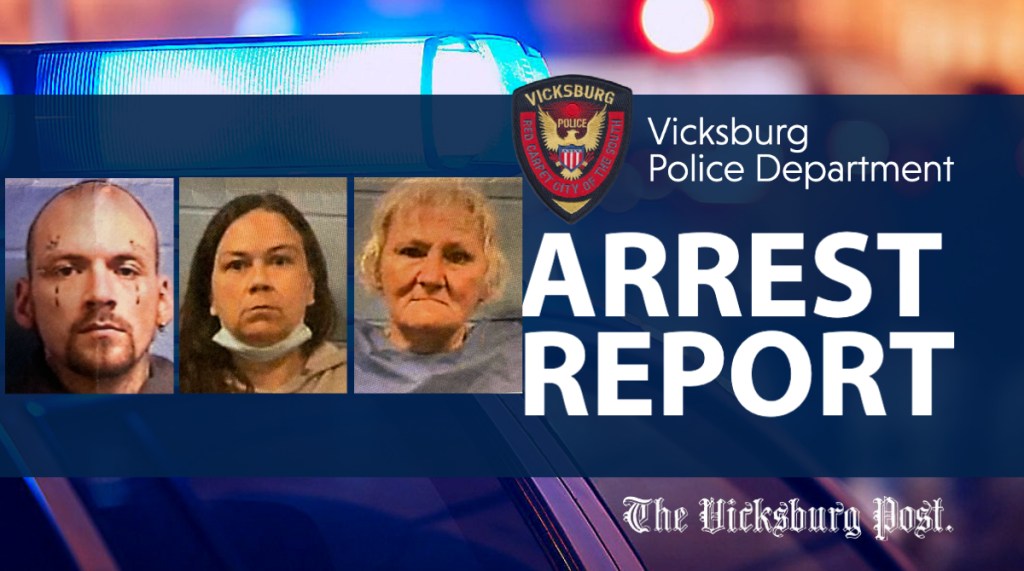 Investigators from the Vicksburg Police Department made three arrests following an investigation into a suspected forgery operation within Vicksburg on Tuesday.

A local business reported on Dec. 29 that several fraudulent checks, written against a fictitious Huntington National Bank account, had been cashed for a total of $4,628.

The three arrested were Marsha Ann Reid, 66, Austin Chance Reid, 38, and Tia Reid Spencer, 43, all of Vicksburg. Austin and Spencer are Marsha’s children.

The three arrests are part of a larger ongoing investigation which the department expects will result in even more arrests.

Hayes said he encourages local businesses to contact the police department if they believe they have been the victim of one of these individuals.

The three defendants appeared before Judge Angela Carpenter in the Vicksburg Municipal Court on Friday for their initial appearance. Each was charged with one count of uttering a forgery and one count of conspiring to commit forgery.

The Vicksburg Post will release more information on the investigation as it becomes available.