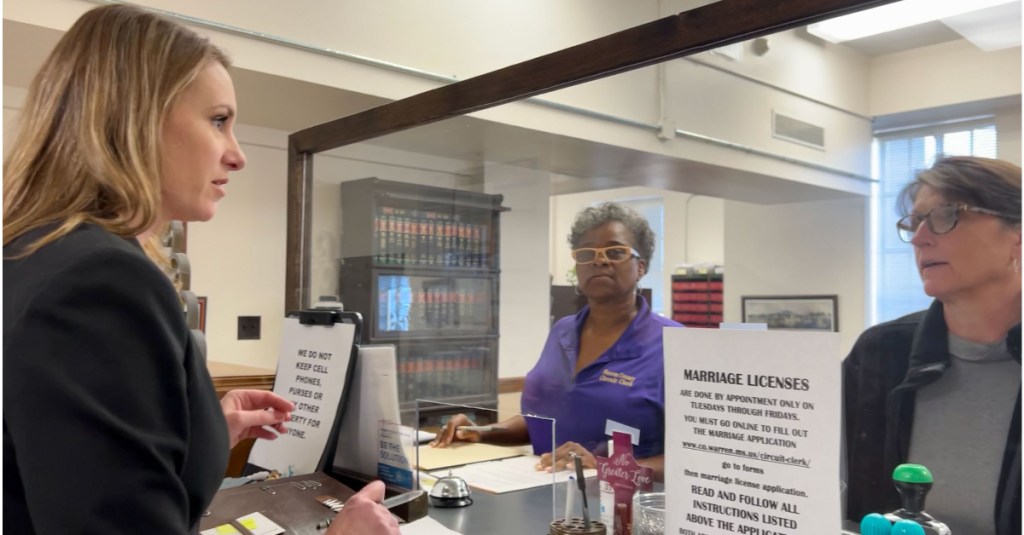 Herring is no stranger to Warren County’s legal and judicial environment. She worked within the Justice Court for several years with individuals who are pursuing protection orders in domestic violence situations, as well as being appointed by the Justice Court Judges to protect the rights of those who are unable to afford an attorney. She also has experience representing children in Youth Court proceedings, something she said furthered her interest in serving the youth of Warren County.

“Our citizens deserve someone that will protect the interest of the individuals in our community,” Herring said. “Warren County needs someone who is going to work with law enforcement and the District Attorney’s office to promptly dispose of criminal charges in a timely manner, and I am committed to taking on that role for our community.”

Herring lives in Vicksburg with her husband, Jeremy Herring, and their two children, Analeigh and Elijah.

“Being born and raised in Vicksburg provides me with a personal interest to serve and protect in the interest of our community. Over the last several years, I have been committed to serving our community through numerous service projects,” Herring said. “Last year I was able to lead a group through the Warren County Bar Association to improve the facilities at the Children’s Shelter that was featured in an article in the State Bar Magazine. I am currently the President of Kiwanis and a member of the Junior Auxiliary, which has provided me the opportunity to serve the youth and our community as a whole.

“I am a firm believer that being involved with our youth from an early age will create an environment that will allow our youth to thrive, which in turn, will allow our community to thrive in the years to come,” she added. “As your County Prosecutor, I will be dedicated to serving our community with professionalism and dependability that the citizens of Warren County deserve.”

As of Friday, Herring is the only candidate to submit qualifying paperwork for the office of County Prosecutor. Incumbent County Prosecutor Ken Harper has not yet filed to run for reelection.

Mississippi state statute requires a majority (50 percent plus one) of votes to win statewide or state district offices. Senate and House seats are not included in this new law. If a runoff is needed for those offices, that will take place on Nov. 28.