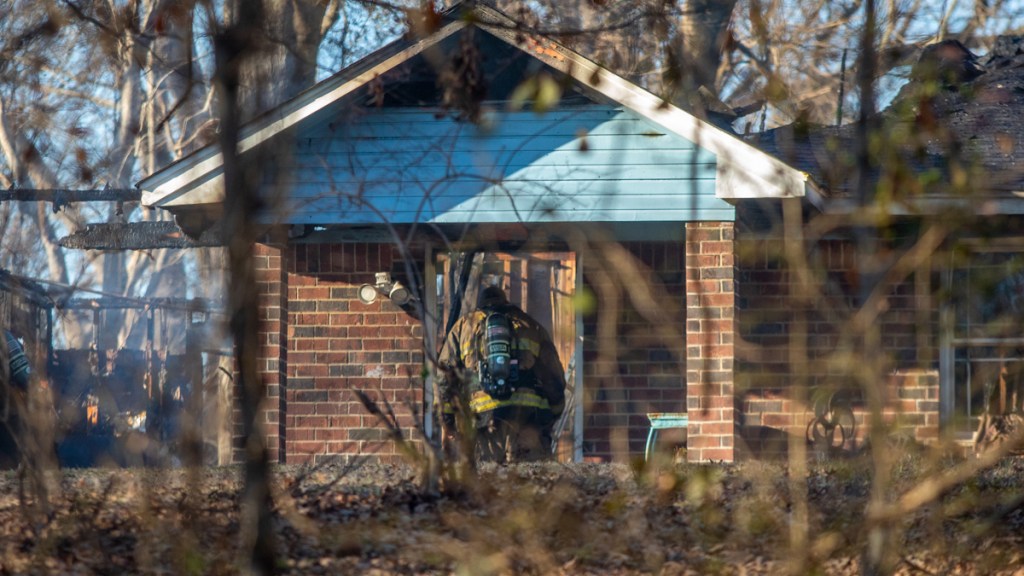 A home on Jeff Davis Road sustained heavy damage after it caught fire on Monday afternoon. (Photo by Ben Martin | The Vicksburg Post)

A home on Jeff Davis Road in Warren County sustained heavy damage after it caught fire on Monday afternoon.

Vicksburg-Warren E-911 received a call of a structure fire in the 8100 block of Jeff Davis Rd. at approximately 2:40 p.m., according to Jeff Riggs, spokesman for the Warren County Fire Service.

Engines 302, 602, Tactical Tanker 209, firefighters of Fisher Ferry, Culkin and Northeast fire districts, along with the Warren County Sheriff’s Office, responded to the scene.

The first units to arrive on the scene found a single-story home that was 50-percent involved in flames and heavy smoke. Incident Commander Chuck Tate had command of fire ground operations.

As of Monday evening, units were still on the scene conducting overhaul operations to remove any remaining hot spots.

The structure was heavily damaged and the cause of the fire is still under investigation. No injuries were reported.