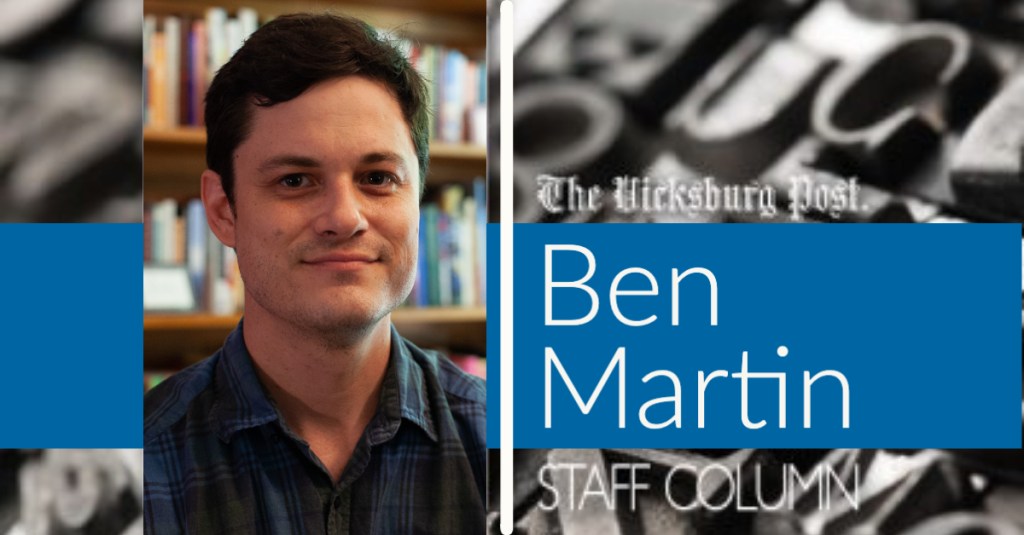 Since the beginning of December, I have written a series of articles that tie into the Voices and Votes: Democracy in America exhibition at the Catfish Row Museum.

The traveling Smithsonian exhibit focuses on the struggle for voting rights in America; Linda Fondren, the museum’s Executive Director, and her team did an excellent job of exhibiting local histories to go along with the theme.

History is a major component of our community in Vicksburg and a vital part of our tourism economy. Obviously, much focus is placed on the Siege, and anyone visiting Vicksburg for a short period of time will be exposed to some kind of exhibit about the Civil War.

But having lived in Vicksburg for about seven years, this was the most I had been exposed in any meaningful way to the city’s vibrant and complicated history that followed reconstruction. I would argue it is equally as interesting and equally as important.

I got to sit with John Ferguson at his home in Vicksburg discussing his work during the civil rights movement when he was in his 20s. He spoke about difficulties he and his colleagues faced while trying to register Black voters in Warren County at a time when they were routinely and illegally denied rights and government services.

I attended a talk at the museum given by Dr. Rebecca Tuuri, an assistant professor of African American and American history at the University of Southern Mississippi. She gave an overview of regional and national histories regarding the struggle for voting rights.

I watched as the question-and-answer session that followed morphed into a group discussion among attendees in which a general consensus was formed that civics should have a larger focus within our education system.

I also met and interviewed Billy Wince, the son of the famed Tom Wince Jr. Tom owned and operated the Blue Room in downtown Vicksburg, a large club that had acts like Ray Charles and Louis Armstrong fill its large second-floor music venue to capacity.

By most accounts, the Blue Room was a spectacle and a staple of downtown nightlife from the late 1930s through the early 1970s. Tom was reportedly very active in the community. He drove a pink Cadillac, regularly wore riding pants in his everyday dress and proudly sported a diamond ring valued at $10,000. I was honestly disappointed I had never heard of this man until visiting the Catfish Row Museum.

The exhibit ended its run at the museum on Friday, but much of the local history I saw remains on display. And I was very happy to learn that the museum will be using a $50,000 grant from the Institute of Museum and Library Services to create a permanent civil rights exhibit.

It is perhaps not surprising that the national importance of the Seige of Vicksburg has overshadowed the histories of these people, but it does not eclipse it. It takes a bit more effort to find these histories, but not much, and I assure you it is worth it.