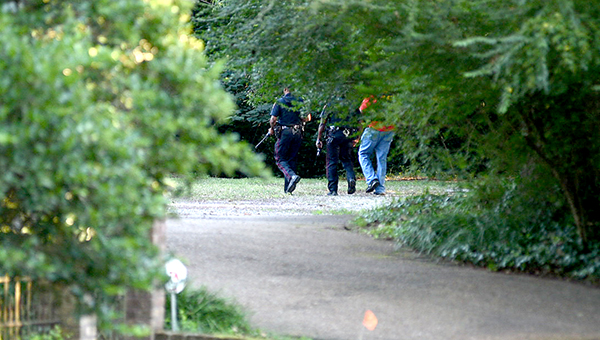 Vicksburg Police and other law enforcement agencies have called off the search for three people wanted for shooting firearms into the air.

The search began about 5:30 p.m. when the car was seen on Cherry Street by a police officer who tried to stop it. The occupants of the car, a white Toyota Corolla,  abandoned it on Lane Alley near First Baptist Church in Marcus Bottom, and fled on foot  into Stouts Bayou the chase continued to Chambers Street and later to Holly Street, where the search was called off.