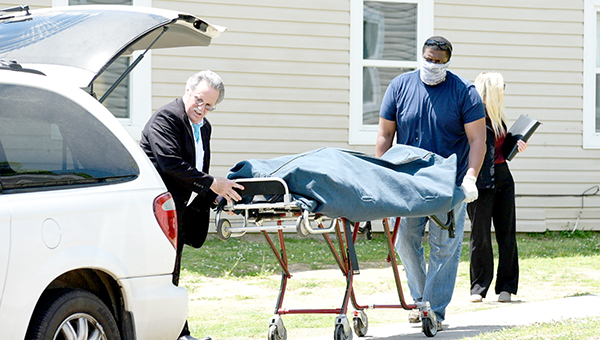 While the suspect wanted for an afternoon murder in Vicksburg has been captured and is en route back to Vicksburg, an individual who reportedly helped the suspect flee the scene remains on the run.

The male suspect reportedly was the driver of a white Ford pick-up truck that fled the scene of Friday afternoon’s shooting at New Main Apartments on Alcorn Drive with the female suspect in the passenger’s seat.

Joining Pace in the search is one of Warren County’s K-9 units, K-9 units from Yazoo County and personnel from the Vicksburg Police Department.

The identity of the suspects nor the victim have been released.

According to a release from the Vicksburg Police Department, officers were dispatched to New Main Apartments on Alcorn Drive in response to a shooting. Once they arrived, officers found a 37-year-old male suffering from a gunshot wound to the chest. He later died as a result of his injuries.

According to the Vicksburg Police Department, the shooting reportedly stemmed from an altercation on Thursday that involved both the suspect and the victim.

A female suspect wanted in connection to a Friday afternoon shooting at New Main Apartments has been captured in Yazoo... read more