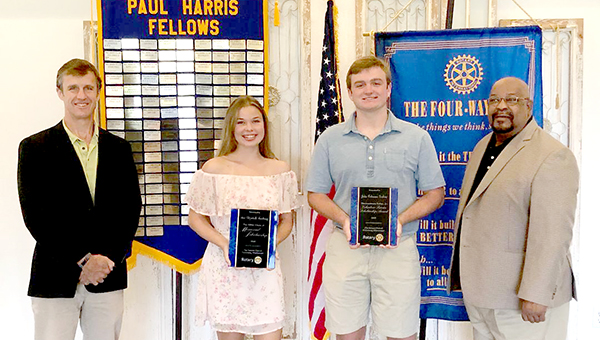 Ann Elizabeth Farthing, a graduate of St. Aloysius, was awarded the Edley Jones Jr. Award based on her academics.

Coleman Verhine, another graduate of St. Aloysius, was awarded the Landman Teller Jr. Award based on his service.

Both awards honor former Rotarians who dedicated themselves to the Rotary Club’s motto of Service Above Self.

Nathan Mosley, Michael Scott and Tyrique Willis, all graduates of Warren Central High School are this year’s recipients of the... read more