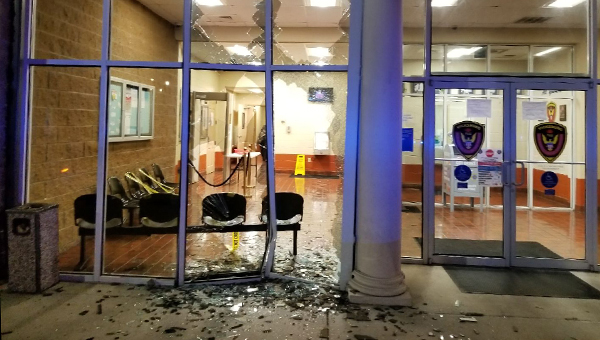 The Vicksburg Police Department on Veto Street was damaged early Thursday when a driver crashed their vehicle into the front of the station. (VPD photo)

No one was injured early Thursday morning when a driver reportedly drove their vehicle into the front of the Vicksburg Police Department on Veto Street.

Windows near the building’s main entrance were shattered and the metal framing around those windows is damaged.

Department officials did not provide the name of the driver but said that due to a medical condition at the time of the incident, the driver will not face any charges.

The woman officials said called 911 herself to report she had shot and killed a man Wednesday afternoon has officially... read more