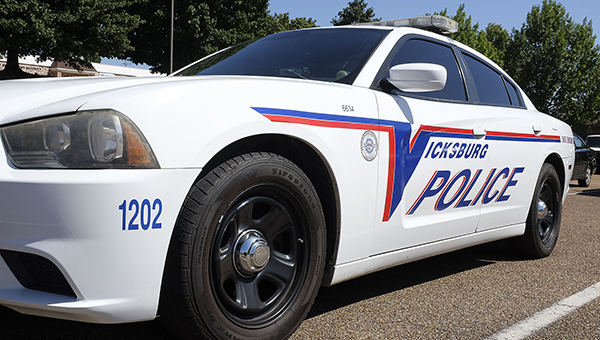 Division heads presented their wish lists Thursday as the Board of Mayor and Aldermen held the first of two budget meetings in advance of preparing the city’s 2021 fiscal general fund budget.

Mayor George Flaggs Jr., however, said the new budget could not be too much more than the $30 million 2020 budget.

He said the city’s revenues have not grown because of the precautions taken earlier in the year out of concern for the spread of COVID-19 that forced many business owners to close temporarily or alter their activity.

“The virus has affected us,” he said. “We know there’s a shortage of revenue especially in sales tax and increasing expenditures.”

Flaggs said in June the city faced an estimated $2.2 million deficit in lost revenue because of the COVID-19 precautions.

Thursday’s meeting dealt only with capital requests, which include vehicles, equipment and building improvements. Budget requests from the different city departments totaled $2.57 million.

The board took all requests under advisement but gave tentative approval for six new marked police cars totaling $175,000 and two new mobile cameras for the police department valued at $25,000 each, and a new $205,000 rescue truck for the ambulance department.

The board will hold another budget meeting before completing the budget and officials said adjustments are expected as the final budget is completed.  A date for the second meeting has not been set.

The budget will be presented at a Sept. 2 public hearing at the Robert M. Walker building. It must be approved and in place by Sept. 15 under state law. The new fiscal year begins Oct. 1.

“We want to go before the people with a balanced budget,” Flaggs said. “I see no reason not to. We’ve got all our cards on the table face up. If you can’t balance a budget looking at all your revenues then you’re in bad shape.”

Flaggs said the board is using a conservative approach toward preparing the budget starting with a projection that is 97 percent of the 2020 fiscal budget.

“That gives us a 3 percent cushion,” he said. “We did not entertain anything but capital (improvements). Then we cut supplies by 75 percent.

“We had no other choice; this was the only thing we could do if we wanted to come out with a balanced budget for next year,” Flaggs said. “We really didn’t have a lot of options once we made the decision that we were going to protect employees’ salaries and not have a reduction in (the) workforce.”

He commended the city’s division heads for their work in preparing their proposals. “They didn’t ask for anything unusual,” he said.

Flaggs said the process to develop the 2021 budget is the easiest he has had in his eight years as mayor “especially when it looks like when you have limited options it can’t be much more simple.”

But the mayor put the board on notice that he did not know how long the city could operate without either outsourcing more work or finding more revenue.

“The growth of this city government and expenditures have exceeded its revenue capacity,” he said, pointing out the loss of $1.4 million property tax from the devaluation of Entergy’s Baxter Wilson power plant and a reduction in gaming revenue that was occurring before the COVID-19 precautions.

Mayor George Flaggs Jr. has closed the pavilion in the Douglas Park area of Marcus Bottom out of concern for... read more