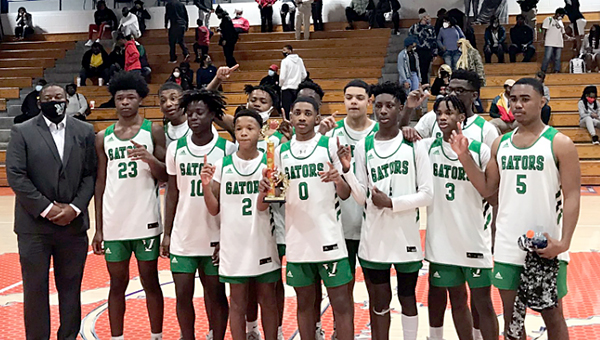 Coach Julius Williams knew there was pressure on Vicksburg’s ninth-grade boys’ basketball team. They had an undefeated season heading into the Little Six tournament and remained that way heading into Saturday’s championship game.

In the end, there was nothing to worry about, as the Gators completed the perfect season — and claimed the championship — by defeating Germantown 56-36 Saturday at Madison Central High School. They finished the season with a 16-0 record.

Tyler Henderson led the Gators in scoring with 15 points, while Jaylum Jackson added 14.

Williams said the team had to overcome the adversity of not having the traditional summer workouts or preseason work due to COVID-19 restrictions to succeed this year.

“They took pride every time they put on that Vicksburg jersey,” Williams said. “They are going to be some amazing leaders in life.”

The Vicksburg Post will have additional coverage of the Gators win online later and in the Wednesday edition of the newspaper. Congratulations to the champs!

The U.S. Army Corps of Engineers is allocating $11.2 million for pre-construction project planning and acquiring mitigation property for the... read more