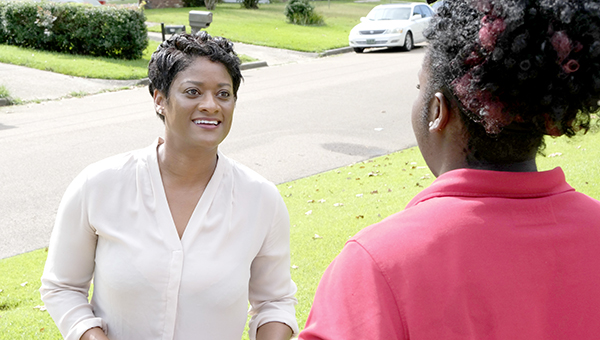 Just over a year after being sworn in as a member of the Warren County Board of Supervisors, Shawn Jackson is now seeking a different public office.

Jackson was among a group of four new supervisors who swept into office during the November 2019 election, defeating incumbent Charles Selmon in a runoff.

Jackson qualified as a Democrat, while Flaggs has filed as an independent.

While the two might find themselves running against each other on the June 8 ballot, Flaggs and Jackson have both supported each other recently. In 2019, Flaggs endorsed Jackson in her race for District 3 supervisor. And in November, Jackson attended a fundraiser for Flaggs, allowed his campaign to use her name as a supporter and committed up to $250 to his re-election bid.

Other individuals qualifying for the upcoming municipal elections include Vickie Bailey, Thomas “TJ” Mayfield and Alex Monsour, South Ward alderman, and Michael Mayfield, North Ward Alderman. Monsour and Mayfield are incumbents. The mayor’s salary is $106,520.12 per year. The salary for aldermen is $85,224.67 per year.

To qualify for a party primary, a candidate must submit qualifying papers at least 60 days before the first primary and pay a $10 qualifying fee.

Candidates running as independents must file qualifying papers and a qualifying petition signed by 50 registered voters in the city within 60 days before the first primary election. Independent candidates do not have to pay a filing fee.

To win in the first primary, which is a party primary, a candidate must win by 50 percent of the vote plus one more vote.

The deadline for candidates to qualify for the upcoming municipal elections is Feb. 5 at 5 p.m. All three positions on the Board of Mayor and Aldermen will be contested, first in a primary election on April 6 and then in the general election on June 8.