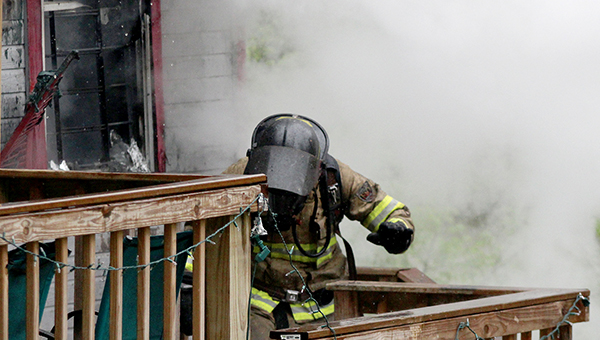 A Vicksburg firefighter ducks as smoke pours out of a broken window Friday evening at a home on the 1200 block of Grammar Street. (Tim Reeves/The Vicksburg Post)

The home, located on the narrow, dead-end portion of Grammar Street, had smoke and flames leaping from windows by the time units arrived.

Some trucks were unable to make it around a tight turn and narrow corners, requiring waterlines to be run down the street to the scene.

No one was injured in the blaze.