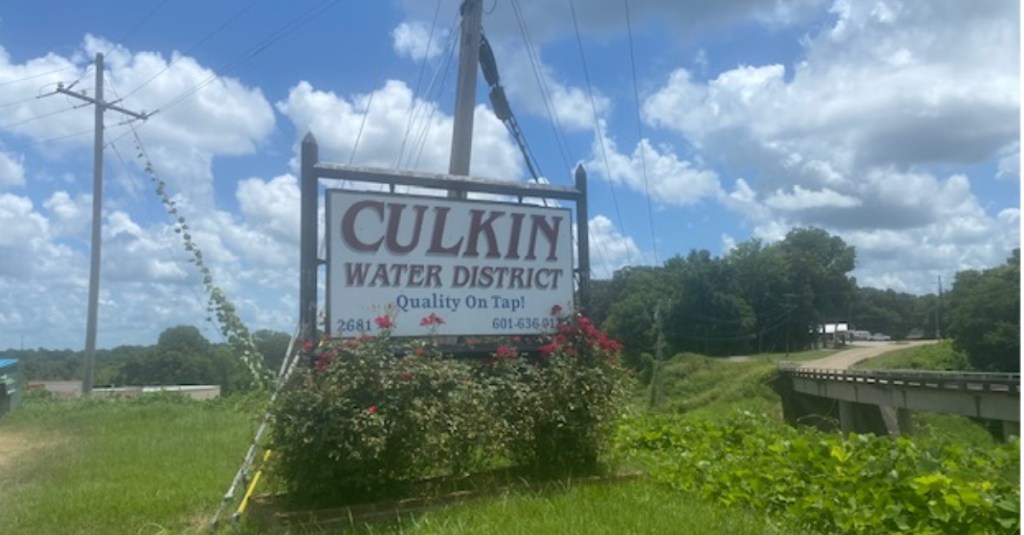 The Culkin Water District proposed a plan Monday morning that would require the entire allotment of Warren county’s funds given by the American Rescue Plan to complete.

The water association asked the Warren County Board of Supervisors during their working meeting for more than $8 million to provide consistency, sustainability and redundancy to its customers.

“The money that we are requesting would provide a higher level of service,” The President of the Culkin Water District Board, Fred Davis, said. “We want to raise the bar in providing water services.”

The funds Davis asked from the board are part of the American Rescue Plan Act given to counties in Mississippi as part of a COVID-19 relief plan. The purpose of the funds is to provide clean water access to residents — specifically lower-income customers.

Culkin Water District’s board said the most recent natural disaster, the winter storm in February, made them aware of improvements that should be made in case a storm like that should happen again. Though the company’s customers never lost access to water, it said this $8.5 million would allow an expansion that could reach beyond their customers and into the city of Vicksburg if need be.

“We are trying to look into the future and make sure that we plan so that when these things come up, we will be able to handle it,” Davis said.

If Culkin Water District received the funds, it would be used for capital improvements including one elevated storage tank, two transmission mains and enhanced fire protection. These additions would solve the issue of Culkin’s water treatment facility producing more water than the current distribution system can disperse toward the west area of the county.

While Culkin Water District doesn’t serve the city of Vicksburg, its customers include 25 percent of Warren County’s residents, 42 percent of the Vicksburg school district, the lone hospital in the county, and Ceres Industrial Park. Despite servicing a large part of the county, the company has not qualified for other grants because of the high income of the area they provide water to. Thus, the company feels these funds are needed to get its expansion in motion.

“We just feel like this is a one-time opportunity that we probably won’t see again,” John Gunn, the company‘s general manager said.

The county board responded agreeing it is a one-time opportunity but for many different things. An answer to the proposal is being awaited.