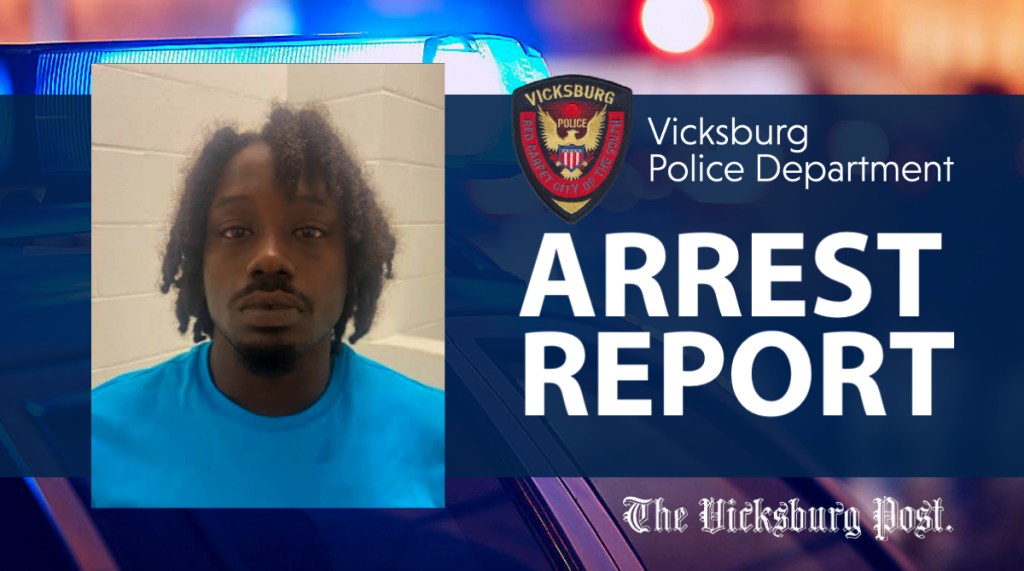 Clarance "Koko" Lowe was arrested on Sept. 10 for the murder of Karl Michael Singleton.

A Vicksburg man wanted for murder turned himself in to the U.S. Marshals Fugitive Task Force Friday evening after a months-long joint investigation.

Clarance “Koko” Lowe, 24, was arrested a few minutes before 7 p.m. at the Leflore County Jail in Greenwood, Miss. According to a news release from the Vicksburg Police Department, Lowe was taken into custody without incident.

Initially, the U.S. Marshals said in a release that Lowe was believed to be in Memphis, Tenn. or Southaven, Miss.

His arrest is the result of a months–long investigation by Vicksburg Police Department investigators, with the cooperation of many municipal, county, state and federal law enforcement agencies.

Lowe is accused in the murder of 20-year-old Karl Michael Singleton, which occurred on Oct. 19, 2020, at his residence on Enchanted Drive in Vicksburg.

The Vicksburg Police Department held a press conference on Aug. 6 in which it was announced that an arrest warrant had been issued for a suspect in Singleton’s death. At the conference, Chief Penny Jones said “We mean business.”

Singleton’s mother, Toni Graves, was also present on Aug. 6 to give remarks following the announcement. Graves said she’d never given up hope for justice in her son’s death.

“God gives you life, but it’s not your job to take it. That’s all I want, is justice for my child and anybody else’s children out there. Just come forth,” Graves said at the press conference. “This is ridiculous. It’s senseless. Just put the guns down.”

Lowe is being held without bond pending his appearance in Vicksburg Municipal Court.