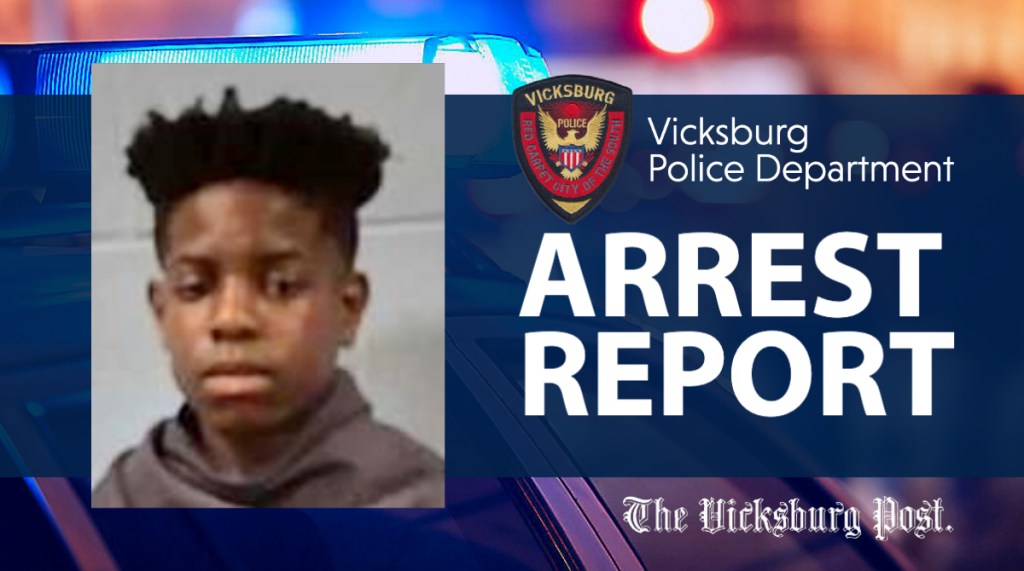 Demetrius Cormier, 15 of Vicksburg, was taken into custody by Vicksburg Police Department investigators on Monday.

He was wanted for the armed robbery of an individual in April 2022 in which a handgun was stolen.

The police department had put out a public notice in June to be on the lookout for Cormier.

Cormier appeared before Judge Angela Carpenter on a charge of armed robbery. His bond was set at $75,000 and he was bound over to the Warren County Grand Jury.