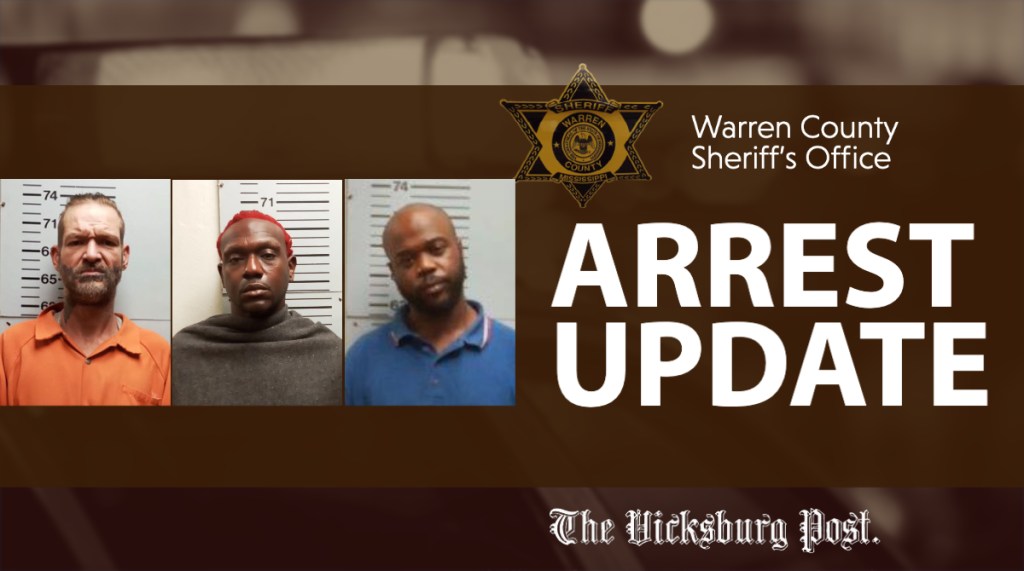 According to Sheriff Martin Pace, some inmates set fire to what appeared to be a piece of a mattress and some paper, then melted a plastic dinner plate on top of it, creating more smoke. The inmates were then able to arc two electrical wires together to create enough sparks to ignite the combustible materials. The guards were able to quickly put out the fire and no one was injured.

The inmates had vandalized their cell and the small fire had been set in a common dining area. Lt. Jessie Tilly and Detective Erich Jerscheid were able to identify three suspects who have all been charged with malicious mischief and arson. Those charged are Darrius Lamont Stamps, 37 of Vicksburg, Deandre Kindle Royal, 39 of Vicksburg, and Jonathan Meadows, 40 of Vicksburg.

The three went before Judge Jeff Crevitt, who declined to set bail. The case is expected to go before the next term of the Warren County grand jury. The inmates are now isolated in another part of the jail.