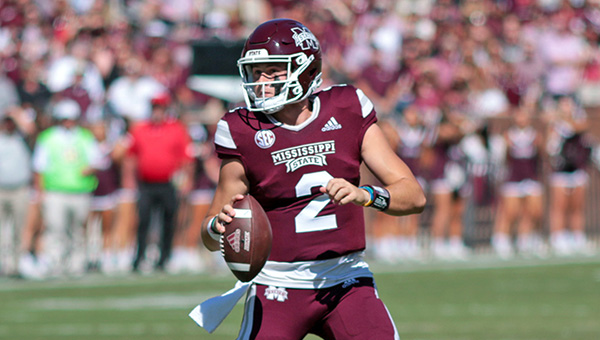 Mississippi State quarterback Will Rogers (2) looks for a receiver during Saturday's 40-17 victory against Arkansas. During the game, Rogers broke the Southeastern Conference record for career completions. (Walter Frazier/For The Vicksburg Post)

1
Warren Central has long prided itself on having a defense that keeps opponents from scoring points.
Lately, it’s scoring some of its own on that side of the football.

Romeyko Truitt scooped a fumble and returned it 23 yards for a touchdown in the first quarter of the Vikings’ 35-28 victory over Northwest Rankin on Friday.

It was Warren Central’s fourth defensive touchdown in six games. Coach Josh Morgan said the trend is just part of a defensive philosophy that emphasizes doing something with the football after getting a takeaway.

“The only thing I can tell you is we work on scoring. We want to take advantage of that and be opportunistic,” Morgan said. 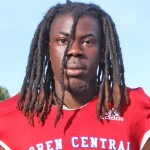 All four of Warren Central’s defensive touchdowns have been pivotal to victories during a 5-1 start.

A 99-yard interception return by Treyvion Sanders with a minute left stopped Germantown’s final drive in Week 3 and secured a 27-13 WC win.

In Week 5, Zack Evans scored on a 35-yard fumble return and Ronnie Blossom a 57-yard interception return in a 42-41 overtime victory at Oak Grove.

Then, against Northwest Rankin, Truitt’s fumble return came one play after teammate Eric Collins broke off a 50-yard touchdown run. The back-to-back TDs put Warren Central ahead 14-7, and it never trailed again.

“That was a really big play in the game. I felt like we started off the game about as worst as you can and they scored very quickly,” Morgan said. “I felt like that was a really big answer as far as momentum. It was good to see Romeyko know what to do with it and not panic, and be ready for it. It was a good play.”

2
With just over a minute left in its 30-7 victory over Mississippi Valley State on Saturday, Alcorn State scored the most meaningful meaningless touchdown of the season.

Defensive lineman Tyler Smith returned a fumble 35 yards for the Braves’ final touchdown. Two weeks ago, Smith’s mother and sister were killed in a car wreck in Warren County while returning home from Alcorn’s game against Arkansas-Pine Bluff in Lorman. 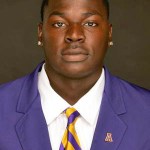 It was a touching moment in a tragic season for the Alcorn program. The junior from Cleveland also had half a sack in his first game since the accident.

“We gave him the game ball he scored the touchdown with,” Alcorn State head coach Fred McNair said. “We’re very supportive of him and he knows we’re there for him and we love him. We’re his family. We’re going to be there for him. Whatever kind of comfort they need, we’re going to make sure they get it.”

Rogers was 31-of-48 passing for 395 yards and broke the SEC record for career completions in the first quarter. The 922nd completion of his career eclipsed the mark set by Georgia’s Aaron Murray in 52 games. Rogers has played in 28 games.

Rogers entered the game needing only six completions to break the record. He got it on a shovel pass to running back Dillon Johnson that went for a 38-yard gain.

“For it to happen at home at Davis Wade where I’ve been watching games since I was in second grade was pretty cool,” Rogers said.

Rogers has 2 1/2 seasons of eligibility left — the junior from Brandon is in his third year as the Bulldogs’ starter — and could not only put the completions record well out of reach but add plenty of other milestones and records to his resumé before his college career is over.

Rogers needs one more career touchdown pass to tie Dak Prescott’s school record of 70. He is also third in MSU history with 8,624 yards of total offense and 70 career TDs.

For this season, Rogers has completed 71.6 percent of his passes (202 of 282) for 2,110 yards and 22 touchdowns, all of which lead the SEC. Mississippi State coach Mike Leach thinks they’re numbers that should garner some Heisman Trophy consideration.

“I don’t think there’s any question whatsoever,” Leach said. “I’m extremely curious who somebody thinks is ahead of him.”

4
Jackson State beat Alabama State 26-12 on Saturday to remain undefeated and earn the 500th victory in the program’s history.

Those achievements, though, were overshadowed by the beef between Alabama State coach Eddie Robinson Jr. and Jackson State’s Deion Sanders.

Robinson — who is no relation to the legendary Grambling coach — pushed Sanders away when Sanders attempted a postgame hug. The two shook hands, and then afterward Robinson ripped into Sanders during his postgame press conference.

Robinson was unhappy with comments Sanders had made before the game, as well as with Jackson State’s playcalling late in it. Up two touchdowns with less than two minutes to go, JSU ran three plays — including a pass — rather than taking a knee to run out the clock.

“He ain’t SWAC. I’m SWAC, he ain’t SWAC. He’s in the conference, doing a great job, can’t knock that, got a great team, his son should be up for the Heisman Trophy, I love Shedeur, great player, I love what he’s doing for the conference,” Robinson said. “But you’re not going to come here and disrespect me and my team and my school and then want a bro hug. Shake my hand and get the hell off.”

On Sunday, Robinson apologized for his comments and tried to explain his actions on the field.

“I acknowledged Coach Sanders by shaking his hand after the game. I chose not to embrace him for reasons stated in my postgame presser,” Robinson said in a statement. “In my attempt to avoid the embrace, I extended my hand to discourage the contact, and Coach Sanders responded by pushing my arm away.”

Sanders, for his part, said his pregame comments were intended to stir up interest in the game. The announced crowd of 28,332 is the largest in the history of ASU Stadium.

Sanders also took issue with Robinson’s comment that he didn’t reflect the SWAC.

“I’m not one to come back the next day and you going to pick up the phone and you going to apologize and we straight,” Sanders said. “No, not whatsoever. You meant that mess. And one of the comments that kind of disturbed me out of all the comments, that I’m not SWAC. Who is? I got time today. Who is SWAC if I ain’t SWAC? Who is SWAC if I ain’t SWAC?”